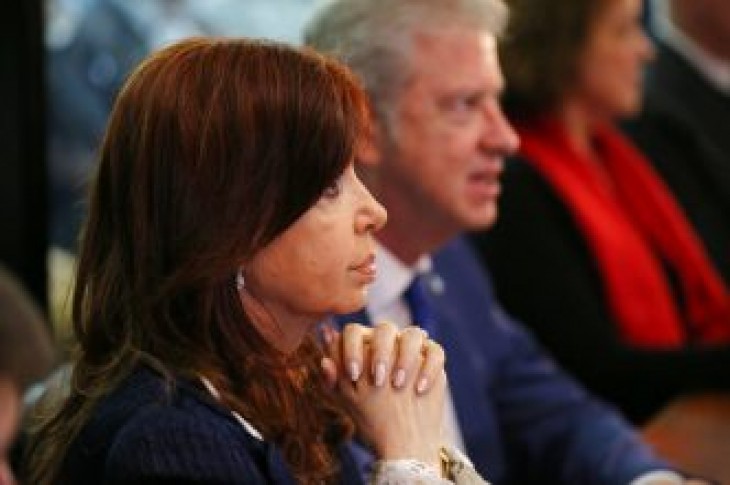 Argentina’s former president is on trial for graft charges. Ex-president and current Senator Cristina Fernandez made an appearance in a Buenos Aires court Tuesday. This was the first in a series of corruption trials against her.

The left-wing politician is accused of accepting millions of dollars in bribes from construction firms in exchange for government contracts while she was in office between 2007 and 2015.

Fernandez is allegedly the epicenter of a corrupt political ring in Argentina. Prosecutors said bribes between business men and government officials totaled to nearly $160 million while she was in office.

Former President Cristina Fernandez appears before a court, in Buenos Aires, Argentina, Tuesday, May 21, 2019. Fernandez is in court for the first in a series of corruption trials. (AP Photo/Marcos Brindicci)

The senator has fervently denied the accusations, calling it a political “smokescreen.”

“Up until now, proof against Cristina Fernandez de Kirchner is non-existent,” stated Fernandez’s attorney Carlos Beraldi. “Simply, there are testimonies that they saw money connected to corruption, and there is nothing else.”

An investigation is also underway as Fernandez faces separate charges of money laundering and criminal association while in office.

Despite allegations piling up against the former president, supporters rallied behind her outside of the court house. Fernandez’s dedicated following is reportedly bolstered by high inflation rates and a current president determined to cut welfare programs.

“We came to support Cristina because we need her,” said supporter . “Thanks to Cristina we had a lot of things like assignments and the co-operatives, which is a help for the people who don’t have anything.”

The senator recently announced she is running alongside her former chief of staff 00 Alberto Fernandez — to become vice president. However, her political aspirations may be cut short if she is found guilty as she faces up to 10-years in prison.

Supporters of former Argentine President Cristina Fernández shout the slogan “We will be back” outside the federal court where Fernández is on trial in Buenos Aires, Argentina, Tuesday, May 21, 2019. Fernández appeared in court Tuesday for the first in a series of corruption trials ahead of a planned run for the vice presidency. (AP Photo/Marcos Brindicci) 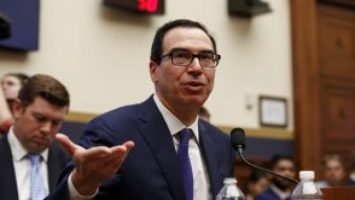 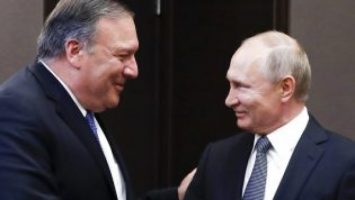