PARIS (Reuters) – France will push for the presidency of the European Commission rather than the European Central Bank when top EU jobs come up for negotiations later this year, three sources briefed on discussions over the matter said.

Paris is eager to secure one of the most powerful jobs in the European Union, with the Commission seen as preferable because it has a greater role in shaping legislation at a critical juncture for the European project, whereas the ECB’s monetary policy responsibilities are narrower.

The European Commission, which serves as the EU’s executive and civil service, will appoint a new president for a five-year term after European Parliament elections take place in May, to succeed Luxembourg’s Jean-Claude Juncker.

ECB President Mario Draghi will stand down at the end of October.

Finance Minister Bruno Le Maire told the French Senate last week France would fight to “defend its interests” once negotiations over the EU jobs begin, mentioning the need for Europe to find a leader able to strengthen regional sovereignty in the face of China and the United States.

“There are excellent French candidates for the ECB. But if you want to have an influence on the future of Europe, it’s the Commission that is more important,” a French government source said.

No formal decision has yet been taken on which job France will pursue. President Emmanuel Macron will be responsible for making the choice in the end. His office declined to comment.

Who gets the Commission presidency depends on which party comes out on top in European Parliament elections on May 23-26, and negotiations between EU governments that follow.

The choice of Commission president could see a sharp conflict between national leaders and the European Parliament, which is keen to see them nominate one of the lead candidates in the EU elections – such as the center right’s Manfred Weber, a German, or center left’s Frans Timmermans, a Dutchman.

The role of parliament, which must endorse any Commission president, risks complicating what has always been a complex power play among the member states and the pan-EU political movements to which national leaders belong.

Meanwhile, Bank of France Governor Francois Villeroy de Galhau has been mentioned as a potential candidate to run the ECB, while Benoit Coeure, a respected Frenchman on the ECB’s executive board, is also seen as a possibility in what is also certain to be a compromise among the euro zone’s biggest powers.

If France does not seek the ECB job, that could open the way for a northern European since the post has been held by Italy’s Draghi for over seven years. Former Finnish central bank chief Erkki Liikanen is regarded in a Reuters poll of economists as the most likely winner while Bundesbank chief Jens Weidmann is also seen as a contender.

“The Commission is the most important job because it’s the most political. The ECB has already done what it can do,” one source familiar with thinking inside the government said.

Playing in France’s favor for the Commission is the fact that a Frenchman has not led it since Jacques Delors in the late 1980s and early 1990s whereas a Frenchman, Jean-Claude Trichet, ran the ECB from 2003 until 2011.

Macron would support the European Union’s chief Brexit negotiator, French conservative Michel Barnier, for Commission president if it looked like he had chance of getting it, a source close to Macron said in February.

Barnier, like several other potential candidates mentioned, has not formally declared an interest.

The head of the Commission plays a critical role in shaping legislative priorities, which would help Macron’s reform plans for the bloc in the wake of Britain’s planned departure.

Macron wants to overhaul European industrial and competition policy. He has suggested reviewing the Schengen border-free system and creating a common police and asylum office.

In addition to the Commission and ECB jobs, EU countries will need to find a new head of the European Council, currently Donald Tusk, which is responsible for heading negotiations among EU leaders.

If the stars do not align for France on the Commission, Macron could still have a shot at putting a Frenchman in charge of the European Central Bank, with Villeroy regarded a serious contender in other European capitals.

“Villeroy has a lot of support in governments who aren’t French. His candidacy is taken very seriously even in Berlin,” said a source familiar with the situation, who also confirmed France is gunning for the Commission.

Nobody has declared their interest in the ECB job yet and the selection process is not expected to start until after the European elections.

The top posts at the European Commission and ECB are only two of a handful of senior jobs that will open up. EU commissioners – one from each member state – will also need to be named, while at the ECB, Coeure’s term expires at the end of the year.

(Reporting by Leigh Thomas; Additional reporting by Yves Clarisse and Jean-Baptiste Vey in Paris, Alastair Macdonald in Brussels and Balazs Koranyi in Frankfurt; Editing by Luke Baker and Alison Williams) 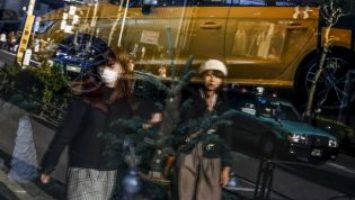 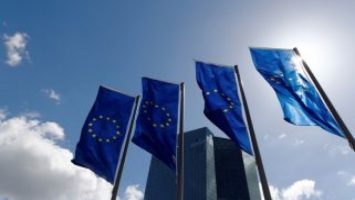