By Arjun Panchadar and Paresh Dave

BENGALURU/SAN FRANCISCO (Reuters) – Alphabet Inc’s Google on Thursday opened pre-orders for its game streaming service, which it said will launch in November with more than 30 games from at least 21 publishers including Electronic Arts and Take-Two Interactive.

Google said its Stadia Founder’s Edition package, priced at $129.99, will enable consumers to play video games such as Destiny 2 from the launch day on nearly any device without any downloads, making access to games potentially as easy as watching a YouTube video.

Google faces competition from several gaming and tech companies planning similar streaming services, and must show game makers that streaming is financially viable despite stumbles with some of its earlier initiatives in gaming.

The service could significantly boost returns from Google’s huge investments in cloud software and data centers, technology analysts have said.

Google said some games would be free to paying subscribers while others would be sold at prices similar to existing retail. Additional well-known launch titles include Assassin’s Creed Odyssey, Mortal Kombat 11, Final Fantasy XV and NBA2K.

“They are working with us because they see the long term opportunity to bring games to more people and remove friction…from the equation,” he said in an interview. “Over the long term, they will enjoy the economic benefits of that as well.”

The limited-quantity Founder’s Edition package, available across 14 North American and European countries, will be the only way users can play at launch, Google said. Google spokesman Patrick Seybold declined to specify the limited quantity.

The founder’s package includes $300 worth of hardware, games and benefits, according to Harrison. They include three months of what Google calls Stadia Pro, a special edition gaming controller, a Chromecast Ultra streaming media stick for TVs and the ability to gift Stadia Pro to a friend. Stadia Pro, priced at $9.99 a month, will include free and discounted games, according to Google. It is not yet on sale.

Stadia Base, a separate free tier launching next year, will stream at video quality up to 1080p compared to 4K for Stadia Pro, Google said.

Harrison declined to specify a launch date in November but said further details were expected in August. 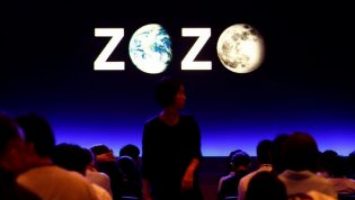