What goes up must come down, or so the saying goes. Bitcoin’s epic ride over the past two months has seen it over double in price. Most of those gains have been at the expense of the altcoins, many of which have been lack luster lately. That could all be about to change as we gear up for altseason.

One strong indicator that altcoins are about to make a revival is the fall in Bitcoin market dominance. Today it has fallen back to 55.6 percent, its lowest level since the beginning of the month. BTC dominance is still up compared to earlier this year but the slow decline could be a sign of altcoin resurgence.

Back before there was a plethora of stablecoins traders would convert from BTC to alts and vice versa, the two were inversely correlated. This may be starting to happen again, especially if confidence in Tether has fallen due to recent developments. Trader Josh Rager has also noticed the decline but maintains that it will not be altseason until dominance drops below 50 percent;

“% of $BTC dominance continues to slowly move down over the past 3 days. This is good for alts. I’m in $EOS which continues to make higher highs in USD and BTC. Nowhere near alt season yet (needs to break below 50% dominance) but good for trade setups,”

This is good for alts

No where near alt season yet (needs to break below 50% dominance) but good for trade setups pic.twitter.com/8ul48aVV4q

The discussion that followed indicated that this could happen as soon as next month, especially if Bitcoin pulls back sharply as expected. Rager has also recently tweeted about a possible 30 percent correction for BTC, which he notes has happened eight times during the last uptrend. If this happens soon it could dump Bitcoin all the way back to $6,000 which is also where major support lies.

This would be very good for altcoins, some of which are already starting to take off. EOS has been mentioned above and that would not be a bad choice at the moment considering there is a big event and well hyped mystery announcement approaching at the weekend. The B1 event in Washington on June 1 is likely to induce more fomo for the Ethereum rivaling token which has already pumped 70 percent since the beginning of May.

EOS is still 60 percent down from its all-time high so a sub $10 price would not be considered a bad entry. EOS has ambitions to beat Ethereum and if that reality ever plays out the tokens may never be this low again. Remember, ETH was priced at below $10 in January 2017.

The other altcoin on a flyer today is Bitcoin SV which has doubled in price overnight. This, it turns out, has been a manipulated pump by scammers publishing fake news claiming that Craig Wright had transferred Bitcoin from the so-called Satoshi wallets to prove his identity.

Either way, the altcoins are waking up and when Bitcoin takes a breather some of them are likely to surge much higher than they are today.

The post Has Altseason Begun as Bitcoin Dominance Begins to Dwindle? appeared first on NewsBTC. 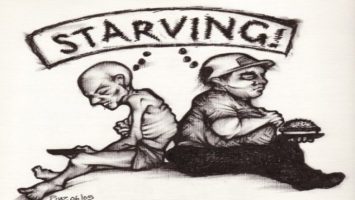