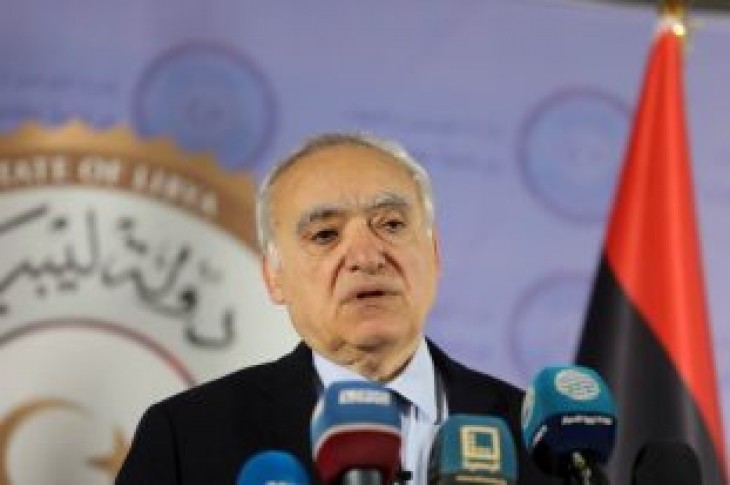 PARIS, France (Reuters) – The United Nations envoy for Libya on Monday warned countries tempted to continue backing eastern strongman Khalifa Haftar that he was no democrat and his political agenda was not supported by most Libyans.

Haftar’s Libyan National Army (LNA), which is allied to a rival administration in eastern Libya, mounted an offensive on the capital Tripoli, seat of the internationally recognized government, three weeks ago but has failed to breach defenses in the city’s south despite heavy fighting.

The battle for the capital has all but wrecked U.N.-backed efforts for a peace deal between the rival factions and threatened to further disrupt OPEC member Libya’s oil industry.

“He is no Abraham Lincoln, he is no big democrat, but he has qualities and wants to unify the country,” Ghassan Salame told France Inter radio, referring in part to the revered 19th century U.S. president who led the nation through its Civil War, preserving the union, and abolished slavery.

“But how is he going to do it? Seeing him act, we can be worried about his methods because where he is governing, he doesn’t govern softly, but with an iron fist.”

Salame, whose tone on Haftar appeared tougher than previously, is touring European capitals to try to secure a consensus for a ceasefire and a return to peace talks as Western and Arab countries remain divided over how to tackle Libya.

France has along with the United States been accused in Tripoli of playing both sides since Haftar launched his offensive. Paris has supported Haftar in his efforts to fight Islamist militants in Libya in the past, while at the same time officially backs the U.N.-recognized government.

France was criticized by analysts and diplomats earlier this month after blocking an European Union communique that it deemed was too one-sided against Haftar. The statement was eventually approved after additions and a rewording of the text, although it remained critical of Haftar’s advance.

“I’m suffering from a very deep division at the U.N. Security Council that prevented a British draft to pass a resolution to stop the firing,” Salame said, referring to a resolution blocked last week by Russia and the United States.

Haftar’s opponents in Libya see him as a budding new autocrat in the mould of Muammar Gaddafi, who was toppled by a NATO-backed uprising in 2011.

Salame was in France after visiting Italy, Libya’s former colonial ruler, and he said Foreign Minister Jean-Yves Le Drian had told him Paris was fully behind his efforts for a ceasefire.