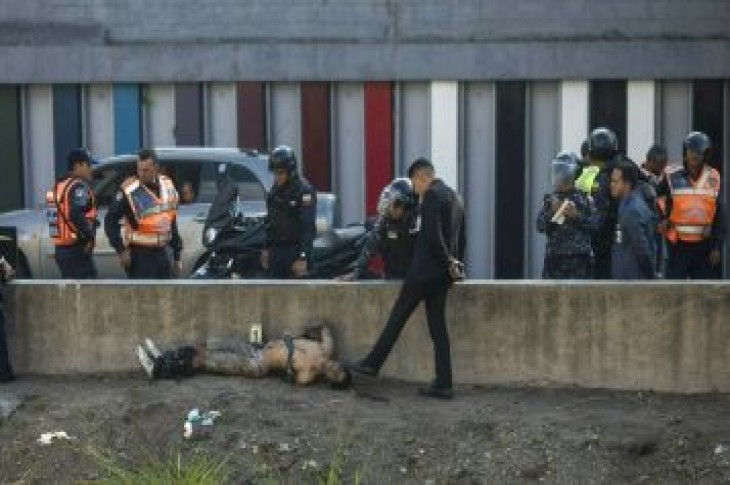 Since the year 2000, more than 2.5 million people have been murdered in Latin America and 25-percent of all global homicides are in the countries of Brazil, Mexico, Colombia and Venezuela.

A research director at the Igarapé Institute in Brazil says there are four factors contributing to the disturbing murder rates. First, Latin America cities are urbanizing before they industrialize, which is creating a large amount of social disorder.

GRAPHIC CONTENT – A police investigator uses his foot to point to the head of a man with his arms and legs bound who was removed from the Guaire River in Caracas, Venezuela, Monday, Feb. 4, 2019. “Venezuela remains one of the most violent countries in the world,” said Dorothy Kronick, who teaches political science at the University of Pennsylvania and has carried out extensive research inside Caracas’ slums. (AP Photo/Rodrigo Abd)

According to a study from Australian National University, Honduran males lost six-years of life expectancy due to homicides, while lives were cut short by four-years in El Salvador.

The scourge of violence led migrants from Honduras, El Salvador and Guatemala to join caravans headed through Mexico toward the U.S. However, U.S. Customs and Border Protection say they will continue to turn them away as more than 3,000 apprehensions continue to occur each day. 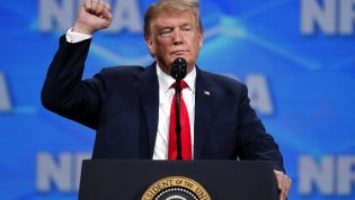 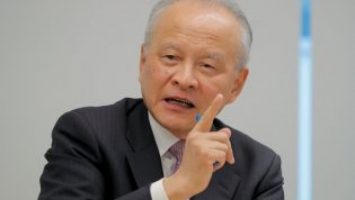