HONG KONG (Reuters) – Hong Kong will make concessions to a controversial extradition bill, Security Secretary John Lee said on Thursday, but opposition lawmakers called for the legislation, which they fear will extend Beijing’s reach into the city, to be scrapped.

Various groups in Hong Kong, including democracy activists, have objected to the proposals, which would allow case-by-case extraditions from the city to countries without formal extradition agreements, including mainland China.

They fear it could undermine the city’s rule of law and independent judicial system, guaranteed when the former British colony returned to Chinese rule in 1997 under the “one country, two systems” formula.

Britain and Canada said on Thursday it was vital that extradition arrangements in Hong Kong were in line with “one country, two systems”.

Noting feedback from business and other groups, Lee said the government had decided that only suspects facing more serious crimes, or those normally dealt with by Hong Kong’s High Court, with a minimum punishment of at least seven years, rather than the three years, could now be extradited.

The Hong Kong General Chamber of Commerce had made this demand in a statement on Monday, saying “a comprehensive safeguards mechanism must also be included in the bill”.

Lee added that extradition requests from China could only come from its highest judicial and prosecutor’s organ, the Supreme People’s Procuratorate, rather than any provincial authorities.

“We think that we need to strike a right balance,” he told reporters.

But opposition democrats said the tweaks weren’t enough and reiterated demands that the entire bill be scrapped.

A large group of diplomats from the European Union including Britain, met Hong Kong’s leader last week to lodge a formal diplomatic protest note on the bill, saying it risked undermining the rule of law.

The American Chamber of Commerce said in a statement there were too many uncertainties in fundamental sections of the bill.

“Hong Kong is not ready to see this bill passed, and we do not see why it should be rushed through when the loophole it seeks to address has existed for 20 years,” a statement read.

A mass protest against the bill is planned on June 9, ahead of the bill being passed to the city’s legislature on June 12 for a second hearing.

Some Hong Kong judges fear they are being put on a collision course with Beijing over the legislation. Three senior judges and 12 leading commercial and criminal lawyers said the changes, called the Fugitive Offenders Ordinance amendment bill, marked one of the starkest challenges to Hong Kong’s legal system.

(Reporting by the Hong Kong bureau; Editing by Nick Macfie) 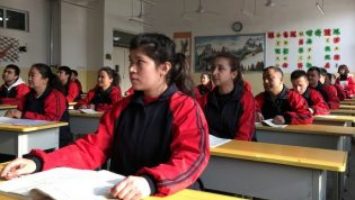