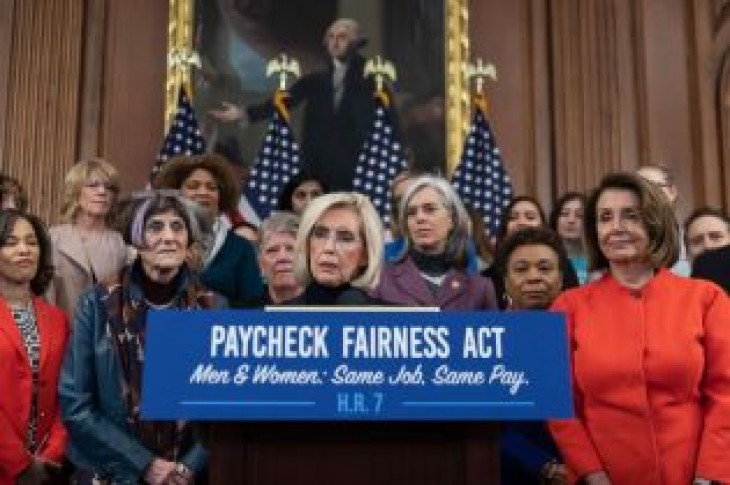 The House is planning to vote on a bill to close the so-called gender wage gap. This week lawmakers on Capitol Hill have scheduled a vote on the ‘Paycheck Fairness Act,’ which is a bill aimed at providing equal pay for men and women working the same job.

The bill will amend the ‘Fair Labor Standards Act of 1938’ by addressing gender discrimination in the workforce.

The measure is likely to pass in the House, with one Republican and over 230 Democrat co-sponsors signing on.

Lilly Ledbetter, center, an activist for workplace equality, is flanked by Speaker of the House Nancy Pelosi and Rep. Rosa DeLauro while she speaks at an event to advocate for the Paycheck Fairness Act at the Capitol in Washington, Jan. 30, 2019. (J. Scott Applewhite/AP/Photo)

Over the next three weeks, House Democrats have also scheduled votes on other key bills, including the ‘Violence Against Women Act’ and net neutrality. 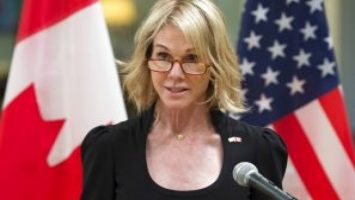 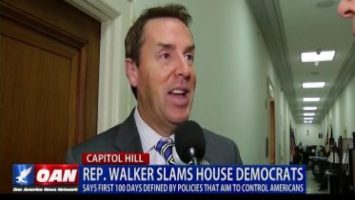