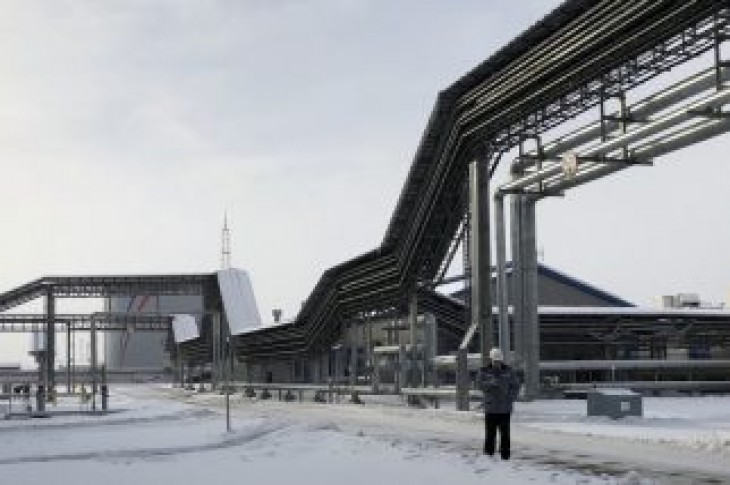 MOSCOW/LONDON (Reuters) – It was a quiet Easter holiday at the offices of major European oil companies and refiners when an email in Russian landed. “What the hell does it say?” one manager recalled thinking as he sent it to his Moscow office for translation.

He was in for a shock.

The letter was from the state pipeline company in Belarus, Gomeltransneft, telling oil refiners and pipeline operators in Poland, Ukraine, Hungary, Slovakia and the Czech Republic that the crude heading toward them from Russia down the 5,500 km (3,400 mile) Druzhba pipeline network was heavily contaminated.

“We ask you to immediately take all measures to avoid potential losses and other negative consequences,” said the Gomeltransneft letter dated April 19 and seen by Reuters.

For the next 10 days, refiners and oil firms in Europe cut purchases of Russian oil by up to a million barrels a day – or 10 percent of European oil imports – in a major disruption to supply from the world’s second largest oil exporter.

The disruption sent oil to a six-month high above $75 a barrel, tarnished Russia’s reputation as an exporter at a time of rising competition with U.S. oil sales and triggered a Russian probe into whether the pipeline had been sabotaged.

As the crisis entered its 11th day on Tuesday, oil buyers had yet to hear directly from Russian pipeline monopoly Transneft, the owner of the network that exported the tainted oil, 10 sources at Western oil firms and trading houses said.

“I have to rely on gossip and rumor to get an idea when clean oil will resume flowing,” said a trading manager at a Western oil company which had to suspend purchases of Russian oil in Germany, which is connected to Druzhba via Poland.

Managers at all large Russian oil producers also said their attempts to get information from Transneft had failed and it remained a mystery as to how the oil had been contaminated or who was to blame.

Oil contamination is not unique to Russia – European and Asian buyers of U.S. oil have rejected a number of cargoes from Texas over the past year citing poor quality – but the scale and severity of the problem is rare, industry sources said.

Before the incident, Transneft, which operates 68,000 km of pipelines – enough to go almost twice round the world – was considered very reliable.

“It poses a huge problem for European refineries dependent on Russian pipeline flows,” said Amrita Sen at the think-tank Energy Aspects. “While this looks like a one-off, it does raise the question of the need to look for alternative suppliers as a back-up.”

The oil was contaminated with organic chlorides, compounds used in the industry to boost extraction from oilfields by cleaning oil wells and accelerating the flow of crude.

The compounds must be removed before oil enters pipelines as they can destroy refining equipment or, at high temperatures, create the poisonous gas chlorine.

Tests by Belarus on oil from Druzhba showed organic chloride levels of 150-330 parts per million (ppm) between April 19 and 22, according to Gomeltransneft documents seen by Reuters, well above the maximum 10 ppm allowed by Transneft.

The state oil company in Belarus said on Tuesday it was not expecting to get clean oil before May 4 and said it might take months to resume normal operations.

Contaminated oil has been found in Belarus, Poland, Germany, Ukraine and the Baltic port of Ust Luga, all of which are served by the Druzhba network, said multiple sources involved in trading Russian oil said.

“This oil is not sellable. You cannot just dump the price and sell it at a discount. No one wants this oil,” a second source at a Western oil company said.

Buyers who have received contaminated oil now need to store it somewhere and dilute it with cleaner crude to lower chloride levels, an operation that could costs millions of dollars for each large crude tanker, according to oil trading sources.

The oil at the Ust Luga port, for example, could gradually be loaded onto ships mixed with better quality crude but solutions are less obvious for oil still in the pipeline.

Germany and Poland would need to reverse the flow and pump the crude back to Russia, or ports in Poland, as the refineries in those countries lack sufficient storage tanks to keep it until it can be diluted.

“This will take months and Russian exports and even production may have to fall,” said Sen at Energy Aspects, adding that European countries might have to tap strategic oil stocks if the outage lasts longer.

Taken by surprise and left in the dark by a lack of communication from Transneft about how long the crisis will take to resolve, Western buyers of Russian oil have started looking at ways to shield themselves from further losses.

Last week, the world’s biggest oil trader, Vitol, refused to take a cargo from Ust Luga saying it was contaminated, forcing the port to shut down for 24 hours, according to several sources at Western oil companies and trading houses.

Vitol and Transneft, which owns the port, declined to comment.

Ust Luga reopened for crude loading on April 26 but as of April 29, the levels of chloride were still at about 80 ppm, according to two industry sources.

“Even though Russia says it has resumed shipments of clean oil, we are still very much in paralysis as the quality is bad,” said a major Western buyer of Russian oil.

Belarus has given a preliminary estimate of its losses from contaminated oil at $100 million, according to Gomeltransneft.

At least 10 tankers with a combined 1 million tonnes of contaminated oil – worth more than $500 million at current prices – have already sailed from Ust Luga, according to a dozen traders.

The buyers of the shipments – Total, Vitol, Glencore and Trafigura among others – will now have to store the oil somewhere in Europe and gradually dilute it, according to trading sources.

For now, there is no explanation as to how the oil was tainted. The scale of the contamination suggests corrupted crude could have been pumped into the pipeline for days, if not weeks.

Belarus said on Tuesday that the volume of contaminated crude could be as high as 5 million tonnes – equivalent to a month’s exports via Druzhba of about 1.2 million barrels a day and worth $2.7 billion at current prices.

In a news briefing on Friday, Igor Dyomin, an aide to Transeft’s Tokarev, told Russian media “the contamination was intentional”.

The pollution was detected at the private Samara Transneft-terminal, where oil is pumped into the Transneft network by several small producers, Dyomin was quoted as saying.

He did not name the producers and said investigators were searching several private companies in the Samara region.

Tokarev reiterated on Tuesday in talks with Russian President Vladimir Putin that the contaminated oil had been pumped deliberately by a private company.

Anton Tomilov, first deputy director at the Samara Transneft-terminal, said his company had sold the crude oil loading terminal in 2017 and he didn’t know who owned it now.

Reuters was unable to identify the current owner.

Putin said on Saturday that law enforcement agencies could step in if Transneft’s internal investigation failed to provide enough answers. 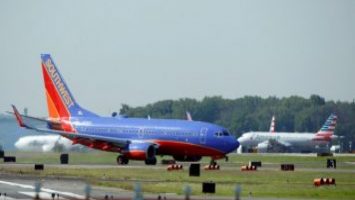