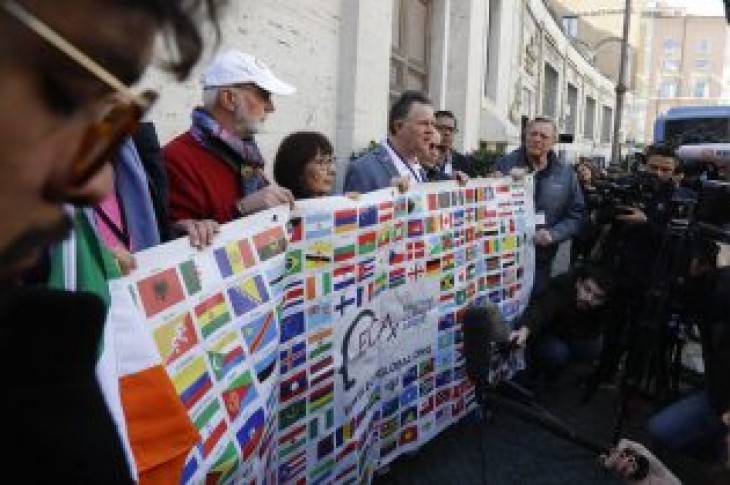 Around 200 Catholic Church leaders are gathering at the Vatican as a landmark conference on sexual abuse gets underway.

Early Thursday, Pope Francis laid out the church’s objectives for the four-day summit, which includes developing “concrete” and “effective” measures to protect minors.

Following the Pope’s opening remarks, those in attendance were shown video testimony prepared by victims from around the world to bring awareness to the extent of the abuse.

Sex abuse survivors and members of the ECA (Ending Clergy Abuse) hold their organization banner as they talk to journalists, as some of their representatives are meeting with organizers of the summit on preventing sexual abuse at the Vatican, Wednesday, Feb. 20, 2019. (AP Photo/Gregorio Borgia)

Many survivors gathered outside the meeting felt snubbed by the clergy, because none of them were actually allowed inside the event.

“And it is a real shame that we’re outside here at the gates and not able to be part of the summit that is taking place,” stated Bernadette Howell, member of Ending Clergy Abuse. “And not only that — to hear that Pope Francis will not even come and address us, which is a real shame, but we’re here and we’ll not go away.”

The summit is designed to give the bishops the tools they need to prevent abuse and to handle accusations in an open and transparent way.

The church has admitted to receiving credible allegations against at least 6,000 priests over the decades in the U.S. alone. 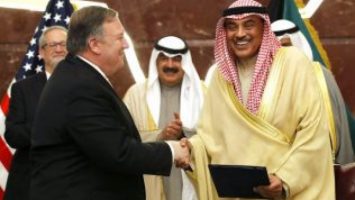 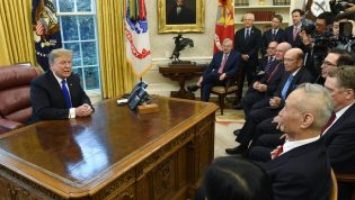