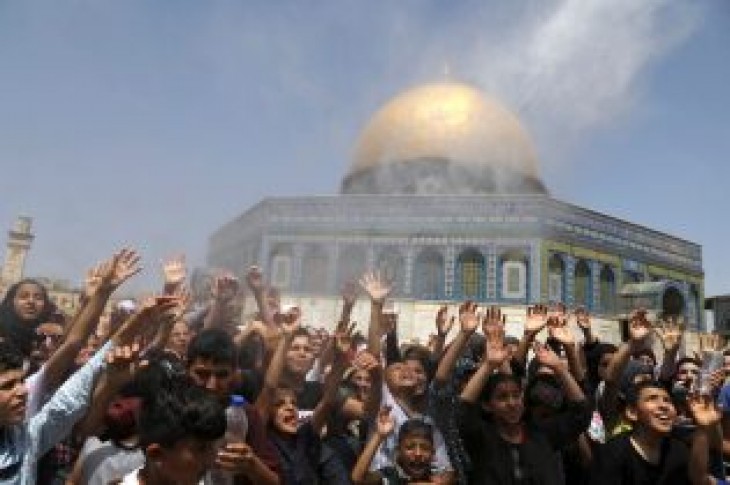 JERUSALEM (Reuters) – Tens of thousands of Muslims attended prayers at al-Aqsa mosque in Jerusalem amid tight security on the last Friday of Ramadan, hearing a message of defiance against Israeli control of one of the most sensitive venues in the Israeli-Palestinian conflict.

Worshippers, including Palestinians and pilgrims from around the world, sheltered under umbrellas as volunteers sprayed them with water around Al-Aqsa mosque in the Old City compound known to Muslims as al-Haram al-Sharif (Noble Sanctuary) and to Jews as Temple Mount.

Security at the site was heavy after an earlier stabbing attack in the city, in which two Israelis were injured and a Palestinian teenager suspected of carrying out the attack was killed by Israeli security forces.

Later on Friday Muslims celebrate Laylat al-Qadr, or Night of Power, on which they believe that the sacred text of the Koran was revealed to the Prophet Mohammad by Allah.

Israel captured the Old City and the rest of East Jerusalem from Jordan in the 1967 Middle East war, occupying and later annexing it.

Palestinians do not recognize Israel’s authority in East Jerusalem, which they want as the capital of a future Palestinian state that also includes the West Bank and Gaza. They are extremely sensitive to the presence of Israeli security forces in and around the Noble Sanctuary.

Palestinian Muslims in the West Bank and Jerusalem have not traditionally marked the annual “Quds (Jerusalem) Day” initiated by Iran in 1979 and which coincides with Ramadan’s last Friday.

There was no mention of Quds Day by Ikrima Sabri, the preacher who delivered the Friday sermon. But he issued a message of defiance to the crowd, which religious officials estimated at 260,000.

“This is a message to all those who wish to take over Al-Aqsa Mosque and to the attackers and those who storm it: don’t exhaust yourselves, you will never have control over one inch of Al-Aqsa, it is a red line,” he said in a message apparently aimed at Israelis following recent tensions with security forces.

But in Gaza, where the Islamist militant groups Hamas and Islamic Jihad are backed by Iran, Quds Day was commemorated.

On Thursday Yehya Al-Sinwar, Hamas’s chief in Gaza, restated Hamas’s opposition to U.S. President Donald Trump’s forthcoming Mideast peace plan. The first stage of that plan is due to be an economic conference in Manama, Bahrain, where Trump officials will encourage Arab countries to invest in the Palestinian Territories.

“What audacity is Trump announcing? He wants to sell Jerusalem to the Zionist enemy, and he wants the Arabs to pay the price,” Sinwar told a meeting north of Gaza City. “This deal will not pass as long as we are alive.”

“Efforts to convene the Manama conference and the normalization attempts by some come in the course of the infamous conspiracy of the ‘Deal of the Century’ which will fail because of the resistance of the Palestinian people,” Shamkhani, speaking in Arabic, told the audience.

Peace talks between Israel and the Palestinians collapsed in 2014. Trump touts the peace plan as the “deal of the century”, but the Palestinians have boycotted the Trump administration since it recognized Jerusalem as Israel’s capital, and they fear the plan will fall far short of their core demands. 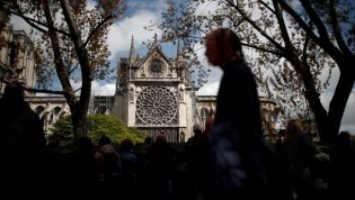