MACAU (Reuters) – Macau’s casino operators have pledged billions of dollars to develop non-gaming attractions in a bid to secure new licenses, but analysts predict only the more efficient like Sands China and Galaxy will be able to curb losses and emerge winners.

The spending frenzy comes as Beijing pushes to rebrand Macau as a family-friendly destination. Operators are plowing $10 billion into mostly non-gaming, which has traditionally been hard to monetize, before their licenses expire in 2022 amid warnings new permits will be linked to efforts to diversify.

These expenses – together with slowing gambling revenues as a boom in new regional casinos lure Macau’s high rollers to places such as Vietnam, Cambodia and Russia’s Vladivostok – mean it will be tough for operators with poor efficiencies like SJM Holdings to promise high returns, analysts said.

“It will be the best and brightest gaming operators to be able to defend themselves,” said Grant Govertsen, managing director at research firm Union Gaming in Macau.

Sands China, which has roped in British soccer star David Beckham as ambassador, and Galaxy Entertainment have proved the most successful so far at developing non-gaming offerings, Govertsen said.

Sands’ themes of Italy and France and Galaxy’s attractions including a cinema and wave pool have been popular, according to Govertsen. Sands hopes to boost footfall with a London-themed project, plans for which were unveiled earlier this month amid much fanfare with Beckham playing a starring role.

SJM, however, is likely to lag given its limited non-gaming amenities and poor operational efficiency, other analysts say.

While it is planning to open a $4.6 billion 1,900-room resort in Macau with a bigger non-gaming focus, the significant foray and increase in hotel rooms will hike SJM’s execution risk in initial stages, said Vitaly Umansky, an analyst at Sanford C. Bernstein in Hong Kong.

Non-gaming is a key condition of operating in Macau, said Ben Lee, managing partner at IGamiX. Companies have mainly stuck to developing add-ons such as accommodation, food, beverage and retail but officials are pushing for more such as entertainment, art and business conventions.

“The return on invested capital will be less efficient unless they are very clever in making it work,” Lee said.

Non-gaming revenue currently accounts for 2-20 percent of operators’ total net revenue in Macau. Officials want that to reach 40 percent, more comparable to Las Vegas which makes over 60 percent of its revenues from non-gaming.

To that end, Sands, Wynn Macau, MGM China, Galaxy, SJM and Melco Resorts are working with the government to create Macau’s largest Art and Culture fair which starts in June.

Analysts are bullish on Macau’s long-term fundamentals given it is China’s only legal casino hub, its greater connectivity to the mainland and massive growing middle class, but they see the development of non-gaming as increasing execution risk.

The latest five resorts to open have all seen lower property earnings and only two made a return on investment of 20 percent or more, said Govertsen. Also historically, operators have struggled to make non-gaming successful.

Sands in 2012 severed its 10-year contract with Cirque du Soleil after three years; Melco closed a series of attractions – including its Taboo cabaret show in 2016 after losing $3 million annually; and Wynn’s Tryst nightclub shut four months after opening in 2007 with the space converted into baccarat tables.

Melco, which has made significant efforts to diversify with shows, nightclubs and a trampoline park, is constantly having to adjust its offerings, with revenues from the casino subsidizing the non-gaming attractions, CEO Lawrence Ho said.

“Non-gaming is hard in Macau. That is the simple truth of it and you really have to try very hard,” Ho said. 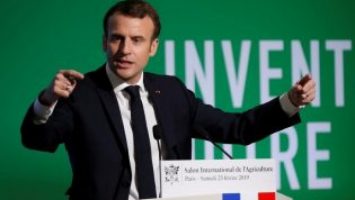 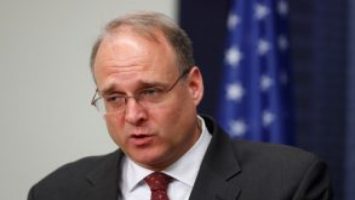