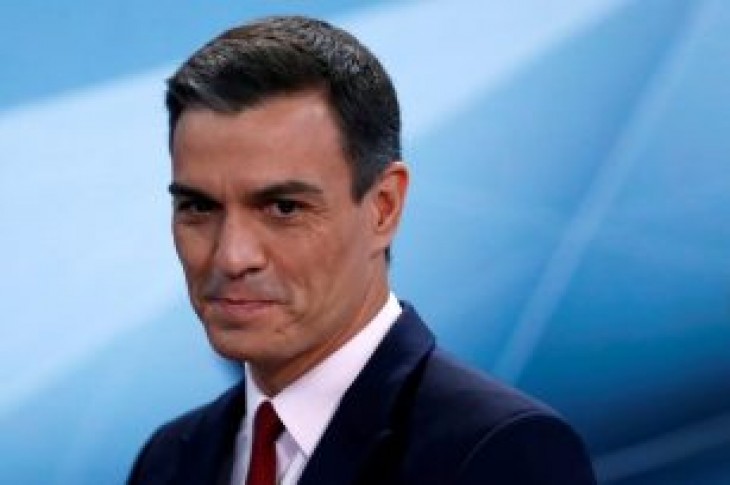 By Belén Carreño and John Stonestreet

MADRID (Reuters) – The main contenders in Spain’s parliamentary election traded verbal blows over jobs and national identity on Tuesday, as Socialist frontrunner Pedro Sanchez said he had no plans to include center-right Ciudadanos in any governing alliance.

A day after an inconclusive first televised debate, the leaders of the four main parties represented appeared to step up efforts to grab extra votes ahead of Sunday’s ballot – and tempers frayed.

The election is the country’s most divisive in decades and, with no single party close to winning a parliamentary majority, its outcome is uncertain. Polls have showed that up to four in 10 voters have yet to decide whom to cast their ballot for.

Outgoing Prime Minister Sanchez looks best placed to form a government if his Socialist Party wins the around 30 percent of the vote that surveys have suggested.

But he would need to team up with one or more other party to form a parliamentary majority, and on Tuesday he distanced himself from one option.

“Entering an alliance with a party that has put cordon sanitaire around the Socialist Party is not part of my plans,” he said in reference to Ciudadanos at the start of the debate.

Ciudadanos has previously said it will not join any coalition led by Sanchez, and its leader Albert Rivera – together with Conservative Partido Popular’s (PP) Pablo Casado – renewed the two-pronged attack they had directed at the prime minister on Monday.

The economy made a late appearance as an election topic in a wide-ranging and at times chaotic debate that also took in immigration, housing and gender equality.

But as on Monday, one of the most emotive issues remained Catalonia and the region’s botched 2017 independence bid, which came close to triggering a constitutional crisis.

Casado called Sanchez “the favorite candidate of the enemies of Spain” and Rivera told him: “Many Socialists are disappointed with you because you want to liquidate Spain.”

Sanchez, who became prime minister in June, has been more open to dialogue with Catalan separatists than his conservative predecessor Mariano Rajoy.

But he reiterated on Tuesday that he was ruling out any moves toward independence by the region, and that its pro- and anti-secessionist factions needed to negotiate with each other.

‘NERVOUS’ OR LOOKING ON?

Spain’s jobless rate has nearly halved from its 2013 peak, and growth in the euro zone’s fourth-largest economy has consistently outpaced the bloc’s average since shortly after it exited recession in the same year.

The bulk of the recovery took place under Sanchez’s PP predecessor, Mariano Rajoy, though unemployment has continued to fall since Sanchez took office almost a year ago and hit a 10-year low in the last quarter of 2018.

But the jobless rate remains above 14 percent, and a stretched pension system and the labor market are overdue for structural reform.

For Pablo Simon, professor of political science at Carlos III University in Madrid, Casado and Rivera and failed to land telling blows on Sanchez.

The Socialist leader “saw the bulls and stayed behind the barrier, as he did yesterday, letting the others slug it out though he did venture into the ring a little more,” he said.

Publication of official opinion polls ended six days before the election and in Monday’s final survey, by GAD3 in ABC newspaper, the Socialists scored 31.5 percent of the vote, giving Sanchez far more leeway than others to pitch for coalition partners.

However, he may well need to bring separatist lawmakers on board, which would complicate any broader alliance.

A putative coalition of PP, Ciudadanos and the far-right Vox of Santiago Abascal scored a combined 45 percent – putting them short of a parliamentary majority.

Vox was not invited to the debate as it is not currently represented in Spain’s parliament. 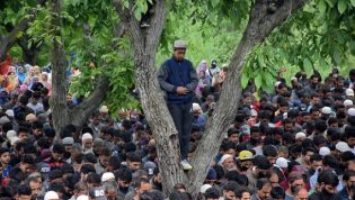 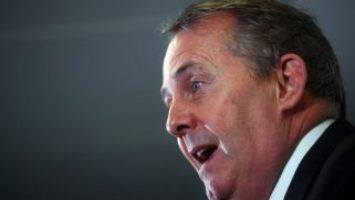