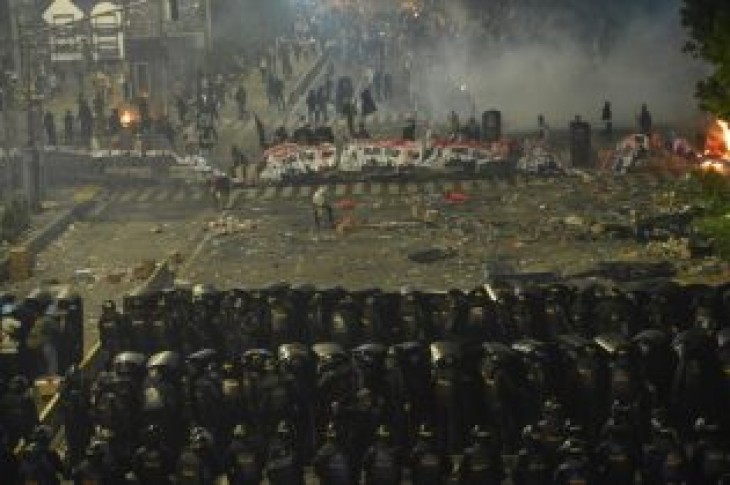 Eight people were killed and more than 900 hurt in two nights of clashes between supporters of defeated presidential candidate Prabowo Subianto and security forces.

Security officials said they believe the violence, which broke out after President Joko Widodo was confirmed the winner of last month’s general election, was organized by several groups, including one linked to Islamic State and another to a retired special forces general accused of smuggling weapons to Jakarta.

“This group wanted to take the lives of … four national figures,” national police spokesman Muhammad Iqbal said at a press conference to announce the six arrests.

The five men and one woman have been charged with possession of weapons, he said, a charge that carried a maximum penalty of life in prison.

The suspects had received 150 million rupiah ($10,434) from an unidentified source, Iqbal added, without giving details.

He declined to name the four targets, but said Widodo was not among them.

The suspects had also carried out surveillance on the head of a private polling firm. On election day, a number of credible private pollsters had showed Widodo winning the election based on a “quick count” of a sample of votes cast.

Iqbal said the plot had been planned since March and some of the suspects had carried weapons in the protests last week.

Police displayed a number of weapons at the press conference, including a rifle with a telescopic sight which they said was homemade.

Calm has returned to the capital where 40,000 police and soldiers remain on duty. Restrictions on social media to prevent the spread of online hoaxes have been lifted.

Prabowo’s political party, Gerindra, has denied any links to the clashes and accused the police of brutality against their supporters.

Widodo won more than 85 million of the 154 million votes cast, but Prabowo has alleged “massive cheating and irregularities” and refused to concede defeat.

On Friday, Prabowo, a former special forces commander, challenged the official result of the election in the Constitutional Court, which is due to deliver a verdict on June 28.

Most analysts say it will be very difficult to mount a strong argument to overturn the result of the election, particularly given the 11 percentage point margin of Widodo’s victory. 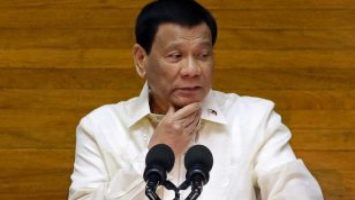