By Jan Strupczewski and Balazs Koranyi

Inflation in the 19 countries sharing the euro fell to 1.2% in May from 1.7% in April, missing expectations for 1.3% and more than reversing a one-off surge related to the timing of Easter.

In a potentially more worrisome sign, underlying inflation or prices excluding volatile food and energy prices, the ECB’s preferred measure, fell to 1.0% from 1.4% a month earlier.

The ECB targets inflation at just below 2% but has undershot this since 2013, raising fears that such a persistent miss could permanently lower inflation expectations, making weak price growth self perpetuating.

Indeed, the minutes of the bank’s last meeting already showed growing concerns about weakening inflation expectations, which then raises pressure on policymakers to provide further stimulus.

But the bank has already exhausted much of its firepower and while it still has plenty of tools left, they lack the potency of earlier measures, such as massive asset purchases or rapid rate cuts.

“Despite decent domestic demand, it appears that companies continue to find it difficult to pass on their higher labor costs to consumers,” Commerzbank said in a note to clients. “The ECB is also beginning to doubt that the higher wage increase will increase underlying inflation in a sustainable way.”

The ECB’s next move, expected at a regular policy meeting on Thursday, will be to provide banks with new loans so they can maintain the flow of credit to the real economy.

While lending data suggests that the availability of funding is not an issue for now, the weak inflation reading and the growth slowdown will likely persuade policymakers to price the loans under generous terms, with a negative interest rate that provides banks with rebates.

But the ECB may hold off on other easing measures for now as growth is holding up, wages are rising, credit growth remains robust and the unemployment rate hit a 10-year-low with a 7.6% reading in April.

Still, more support may be needed before the summer is over given what the ECB has called “pervasive uncertainty”.

A global trade war is sapping confidence, Italy is once again in conflict with the European Commission, German industry is continuing to post dismal figures, stocks are tumbling and the threat of a hard Brexit looms large.

Markets have already pushed out expectations for a rate hike into 2021 and some are even pricing in a rate cut, a still unlikely move given that the ECB’s key rate is already at a record low of minus 0.4%

To maintain the credibility of its guidance, the ECB’s next move then may be to formally delay any rate hike, adjusting its so-called forward guidance, which sees steady rates until next year. 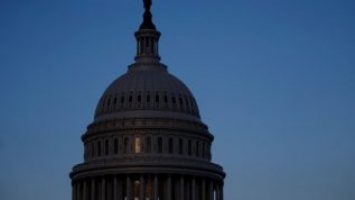 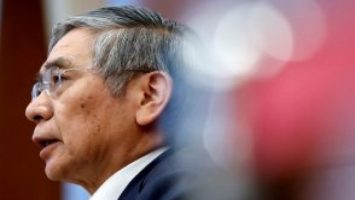