Major signals are flashing bearish at the moment for Bitcoin. While it has held on to gains this month a break higher has not been forthcoming so the only way for BTC in the short term could be back down again, at least according to a number of technical analysts.

According to TradingView’s charts Bitcoin is trading at $5,500 however this includes the ‘Bitfinex premium’. Elsewhere BTC prices are closer to $5,250 where they have been since the Tether imbroglio at the end of last week. Since the rally began at the beginning of April Bitcoin has hit a 2019 high of $5,650 on the 24th but has dropped back over the past few days.

Looking at the longer term weekly charts it is clear to see there is massive resistance at this current level where the 50 week moving average lies.

The no indicator chart. Doesn't take rocket science to figure out where resistance is.#BTC pic.twitter.com/CQ9TQfw5rf

This long term indicator served as resistance before during the middle of last year and has been above the price levels for the entire bear market. A break above it would signal a major move upwards but most are of the opinion that things will turn south again before any serious trend reversal can be measured.

The ‘golden cross’ on the day chart also happened on the 24th but it has yet to be fully confirmed since the uptrend has not continued at Bitcoin has remained in a sideways channel. On the low side is the 200 day moving average which is likely to serve as support if Bitcoin falls back. This is currently positioned around the $4,500 price range.

Other signals such as Bloomberg’s GTI Vera Convergence Divergence indicator have also just turned bearish showing the first ‘sell’ call since mid-March. Several industry observers are still blaming the Bitfinex Tether fiasco for the cessation of momentum and the end of Bitcoin’s current rally. Analysts on twitter have shared this sentiment with further predictions, some calling for a fall to $4,000 before any leveling out at support.

A pullback may not be the worst thing to happen since many are waiting in the wings to accumulate more satoshis at a lower price. The next phase of accumulation will be the catalyst to drive the next rally which should see these major resistance levels broken.

Not all are bearish and some still see more upwards momentum. Crypto analyst going by the moniker ‘Bleeding Crypto’ posted;

“There is a $30 million dollar wall directly above the current price of BTC. Will this act as fuel for another move up like its done in the past or will there be a resistance wall for the current PA. We will have to wait and see. I vote UP! Only time will tell. #Patience”

$BTC There is a $30 million dollar wall directly above the current price of BTC. Will this act as fuel for another move up like its done in the past or will the be a resistance wall for the current PA. We will have to wait and see. I vote UP! Only time will tell. #Patience pic.twitter.com/IBoOIgw83m

Either way things are not looking bad for Bitcoin regardless of where markets go next. A pullback means more accumulation at better prices and a swing to the upside will pull the entire market back up with it.

The post Is Bitcoin Poised to Pullback, Time For More Accumulation Before Bull Run? appeared first on NewsBTC. 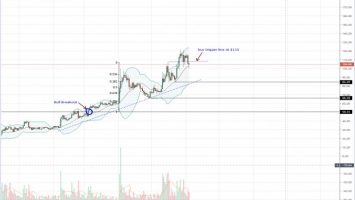 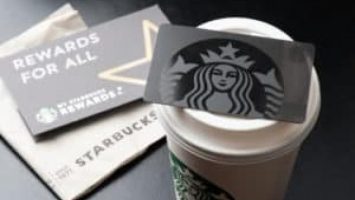