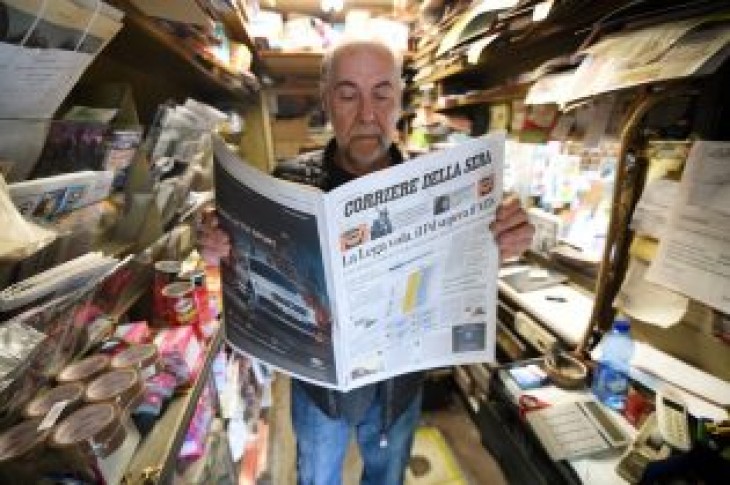 ROME (Reuters) – The leader of Italy’s far-right League said on Monday he would stick with his coalition with the anti-establishment 5-Star party, despite his own victory and 5-Star’s disappointing third place finish in a European election.

After speculation in the runup to the vote that a thumping League win could shift the balance of power and undermine the year-old coalition, League leader Matteo Salvini struck a magnanimous tone in victory.

“For me our government allies are friends and from tomorrow we will get back to work with serenity and softer tones,” Salvini told reporters.

“My opponent is and remains the Left,” he said, referring to the pro-Europe Democratic Party (PD), which placed second.

For his part, 5-Star chief Luigi Di Maio blamed his party’s defeat on a low turnout in its southern strongholds, and also ruled out a cabinet re-shuffle.

“Nothing will change and we will get going again from today,” he said in an interview with daily Corriere della Sera. He said he hoped to meet Salvini this week to set the next priorities and he expected they would govern together for a full five-year term.

With the vote count almost completed, the League had more than 34% of the vote and 5-Star had just 17%, an almost exact inversion of the result of national elections a year ago that led to the coalition between the two. The PD was on around 23%.

The campaign was acrimonious, with the League and 5-Star fiercely attacking each other, increasing the speculation that the coalition might be in jeopardy after the vote.

Despite Salvini’s magnanimous comments, other figures in his party suggested the balance of power had shifted towards Salvini, who is pushing for deep tax cuts in possible defiance of EU budget rules.

“Deciding the priorities of the government will now be up to Matteo Salvini and the League,” said the League’s parliamentary leader, Riccardo Molinari.

Italian government bond yields showed little reaction to the election. The closely-watched spread over German Bunds hovered around 269 basis points early on Monday, virtually unchanged from the end of last week, while Italian shares were buoyed by a proposed merger between Fiat-Chrysler and Renault.

The big gap between the two parties’ support may encourage internal 5-Star dissent towards Di Maio, who is likely to face pressure not to make any major concessions to Salvini which might further erode grass-root support.

“In the short term it’s not in either side’s interests to break up the government, and they will try to find stability,” said Alessandra Lanza, from the Bologna-based economic consultancy Prometeia.

However, analysts said that with the economy almost stagnant, the government will face a tough task in the autumn putting together a 2020 budget which keeps the League’s promises of tax cuts while keeping public accounts under control.

“We face a difficult economic situation, I am well aware of that,” a buoyant Salvini said on Facebook in the early hours of Monday, after his election victory was confirmed. 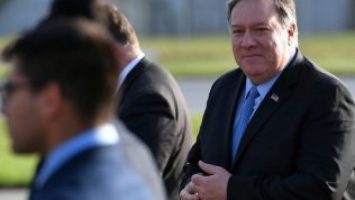 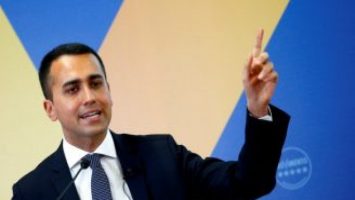