TOKYO (Reuters) – Expectations that the U.S.-China trade dispute will eventually ease should help Japanese stocks recover by end-December to show a gain of 6% from last week’s closing level, a Reuters poll found.

Median estimates from 28 analysts and fund managers polled in the past week put the Nikkei benchmark at 22,375 by the year-end.

Worries the trade war between the United States and China could derail global growth have hurt stocks this month, with chip-related stocks battered by Washington’s blacklisting of Huawei Technologies.

Still, a majority of market players expect U.S. President Donald Trump and Chinese leader Xi Jinping will reach a deal in the end.

“Trump is giving China a difficult time, but the market thinks that he would not push China too far to the point where his own economy slides into a correction,” said Hiroyuki Fukunaga, chief executive of Investrust, who forecasts the Nikkei to trade at 24,500 in December.

“It looks like we are seeing the worst now, so the market expects that it will only become better from now on,” he said.

Takashi Ito, an equity market strategist at Nomura Securities, noted that not all industries are affected by the trade war and Japanese earnings are not expected to deteriorate sharply.

Ito estimates the Nikkei’s earnings per share (EPS) to be around 1,750 yen for the year ending March 2020, which would be little changed from current levels. He expects the Nikkei to end the year at 22,500, marking a rise of 7% from last week’s close.

Even if a deal to end the trade war was reached next month, just how unscathed the U.S. economy emerges from the trade war remains a big risk for the global economy and the share market, analysts said.

“Although I expect the U.S. and China will reach an agreement at the G20 in June, the global economy is seeing a slowdown and it’s highly possible that the Japanese stock market will enter a downward trend,” said Fumio Matsumoto, senior fund manager at Dalton Capital Japan.

Market observers say another main focus is whether the government will proceed with a sales tax hike planned in October and its impact on consumption.

On Friday, Kyodo news reported Japanese Prime Minister Shinzo Abe said he was “basically” not considering seeking voter consent with a snap election if the government were to delay a planned sales tax hike.

(To read other stories from the Reuters global stock markets poll) 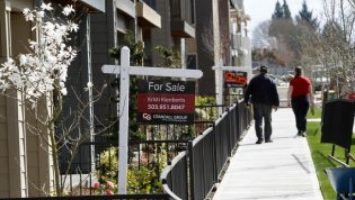 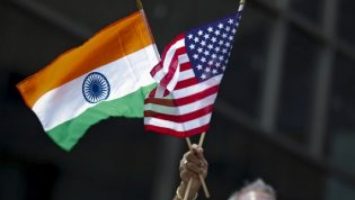