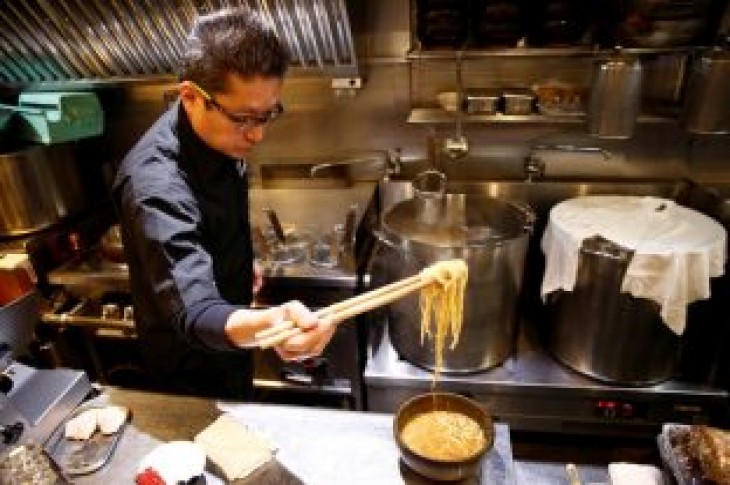 By Linda Sieg and Kwiyeon Ha

TOKYO (Reuters) – Japan’s Heisei era, which began when Emperor Akihito inherited the throne on Jan. 7, 1989, and ends when he abdicates on April 30, saw economic stagnation, disasters and technological change.

Generations of Japanese lived through those decades. Their differing views and experiences will shape the legacy of the Heisei years.

For decades, Haruyo Nihei kept her wartime memories locked away: mothers and infants burnt alive by incendiary bombs; herself struggling under corpses of fleeing victims; her sister’s body covered with maggot-infested burns.

But in 2002, almost six decades after World War Two ended and 13 years after Akihito took the throne, she decided to speak out. The trigger: a visit to a new museum about the March 10, 1945, U.S. firebombing that killed an estimated 100,000 people in Tokyo.

Nihei, now 82, still hopes that by recounting her experience as an eight-year-old in the final days of the conflict, she can convey the horrors of war to young Japanese who know only peace.

“Children today … don’t know anything about war and that’s wonderful. But if they don’t know about how Japan fought a war some 70 years ago, we may follow a mistaken path again,” Nihei told Reuters before speaking to students at the museum.

Preventing Japan from forgetting the tragedy of war has been a consistent priority of Akihito, in the name of whose father, Hirohito, Japanese troops fought World War Two.

Nihei said she admired Akihito’s efforts, including trips to overseas battle sites such as Saipan in 2005 to pray for war dead from Japan and other countries.

“When I saw the image of the emperor and empress (bowing at a seaside cliff) on Saipan, I felt they were truly sorry for the sins the Emperor Showa had committed,” she said, referring to Hirohito by his posthumous name. “I was moved.”

But she worries the wartime past has little resonance for today’s Japanese youth.

“I want them to study about the past properly and link that to the future,” she said.

For Kenji Saito, Heisei was a time of shocking change and liberating opportunity.

Saito, a former computer systems engineer, was on a business trip in November 1997 when he got a phone call.

“Don’t you work for Yamaichi?” a relative asked.

Media had reported Yamaichi Securities, Japan’s oldest and fourth-largest brokerage, was headed for collapse under the weight of losses hidden for years after the “bubble economy” of soaring asset prices burst.

The image of Yamaichi’s then-president Shohei Nozawa apologizing and crying as he begged for jobs for the firm’s nearly 8,000 employees became a symbol of the financial turmoil that ushered in Japan’s “lost decade” of stagnation.

The Heisei era also saw the unraveling of a lifetime employment system that was once a pillar of the country’s post-war rise.

“No one ever thought Yamaichi would collapse,” said Saito, who had joined the firm as a 22-year-old college graduate.

After the brokerage failed, he worked for a computer systems company run by his former boss. By 2005, he’d had enough of the corporate rat race and left to start a ramen shop that has since expanded to 10 restaurants.

The economic stagnation of much of the era has left a gloomy taste for many, but Saito said he felt liberated.

“I think for myself and can act on my own,” he said. “For me, the Heisei years were good.”

Still, he worries too many Japanese lack entrepreneurial spirit. “People want stability. To put it negatively, they lack the spirit to challenge.”

A massive natural disaster, technological change, and anxiety about the future are what university student Yuri Harada thinks of when she ponders the Heisei era.

Harada was 11 when a massive 9.0-magnitude earthquake and tsunami hit northeast Japan on March 11, 2011, triggering a nuclear meltdown in Fukushima.

“Even in Tokyo, the shaking was strong and students panicked,” said Harada, 19 and a student at Waseda University. She walked three hours to get home because trains had stopped and later saw the devastation on TV. “It was really shocking.”

In elementary school, Harada longed for a smartphone, just beginning to spread in Japan. At first, her parents said it was too costly, but by the time she was in junior high, the devices were ubiquitous.

“I feel as if the advance of technology corresponded with my growing up,” she said.

Japan is in the midst of a historic labor shortage, but Harada recalled the “employment ice age” her elders suffered through after the economic bubble burst. She is concerned a potential downturn could wreck the job market again.

“Frankly … I worry whether this sellers’ market will persist,” she said.

Longer-term, she worries whether Japan’s social stability will crumble.

Japan this month introduced a visa program to let in more blue-collar workers, a big step in the immigration-shy country.

“If we don’t do this properly, we could follow the same path” as Western countries gripped by anger over immigration, said Harada, who has studied abroad and majors in international relations.

Such fears cloud her hopes for the new “Reiwa” imperial era, which begins on May 1. 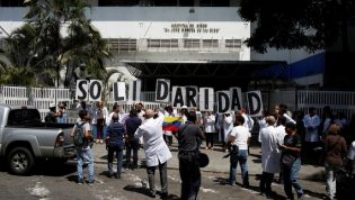 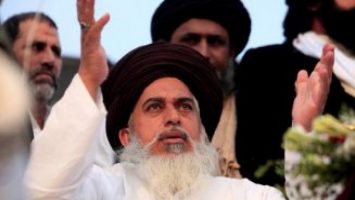