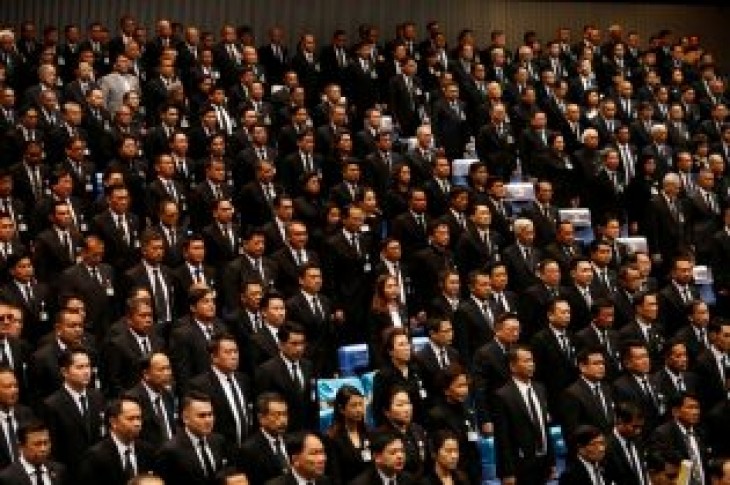 BANGKOK (Reuters) – Both houses of Thailand’s parliament convened on Wednesday for the first time since a 2014 coup to choose either the ruling junta leader or a rising opposition star to be the Southeast Asian nation’s next prime minister.

The vote will officially restore civilian rule after more than five years under junta leader Prayuth Chan-ocha, who is nominated to stay in power by a coalition led by the pro-army Palang Pracharat Party.

The retired general is considered to have a heavy advantage over Thanathorn Juangroongruangkit, a charismatic political upstart nominated by the opposition Democratic Front of seven parties that want to remove the military from politics.

The vote for prime minister, who will form the next government this month, comes 10 weeks after a March 24 general election the opposition says was heavily weighted to favor pro-army parties.

Each parliamentarian will be called on by the house speaker to verbally vote for either candidate. It could be hours before they start voting.

A new prime minister will need at least 376 votes, or more than half the parliament. That includes 500 members in the lower House of Representatives elected in the March election and 250 senators, who were all appointed by the junta.

Neither the opposition nor Palang Pracharat’s side officially has a majority in the lower house, with 246 seats and 203 respectively.

Palang Pracharat gained the Democrat Party as a new ally on Tuesday and that would likely also attract the Bhumjaithai Party, which holds 51 seats but hasn’t officially declared an alignment with either side.

Former Democrat Party leader Abhisit Vejjajiva resigned from his post as a member of parliament earlier on Wednesday, saying he could not break a pre-election promise and vote along with his party to support Prayuth.

“We have seen abuse of state power … The (junta’s) extension of power is not just rhetoric, it is reality,” Abhisit said.

The Democratic Front has said the appointed Senate’s votes give Prayuth an unfair advantage and urged senators to vote in line with the will of the people.

With the backing of the Senate, Prayuth could easily gain enough votes to stay in power.

The junta will remain in power until a new Cabinet is sworn in. 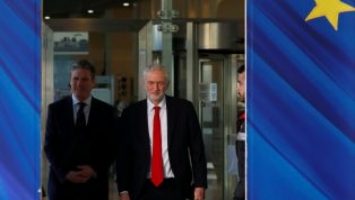