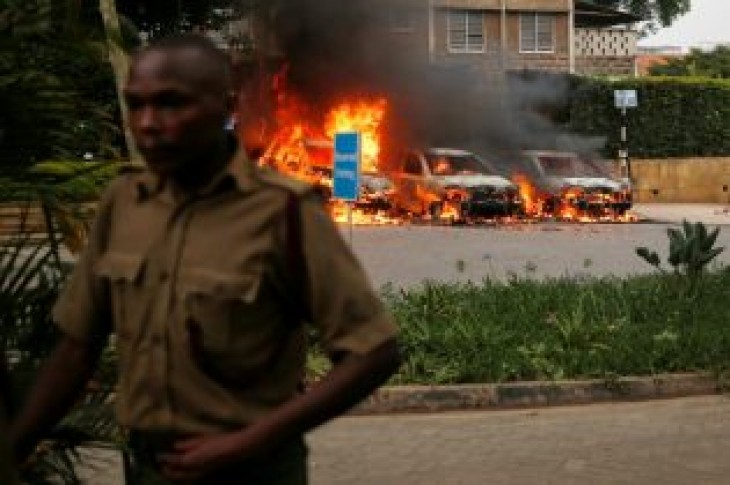 By Joseph Akwiri and Katharine Houreld

NAIROBI/MOMBASA, Kenya (Reuters) – The bomber who blew himself up outside a Nairobi hotel this month, launching an attack that killed 21 people, was already so well-known to Kenyan police that they had emblazoned his face across billboards under the slogan “WANTED: DEAD OR ALIVE”.

Mahir Khalid Riziki was barely 20 when he joined a radical Islamist cell that assassinated police in his home town of Mombasa, officers said. His mosque in the coastal Kenyan city funneled recruits to the Somalia-based Islamist group al Shabaab, which claimed the Jan. 15 attack in Nairobi.

Riziki, who was 25 when he died, fled after a deadly police raid on the mosque in 2014. His years as a fugitive shed light on the difficulties of tracking militant suspects across East Africa at a time when al Qaeda-linked al Shabaab is seeking to broaden its pool of recruits and carry out more attacks in other nations.

Borders are porous. Intelligence sharing is often ad hoc. Warnings may be too vague or too late.

“After he disappeared, we monitored him to Tanzania, then later to Somalia, where he went quiet until he made a surprise appearance in the Dusit (hotel) attack,” a retired Kenyan counter-terrorism officer told Reuters.

Like others interviewed, he did not want to be identified discussing an ongoing investigation.

Kenyan authorities did not respond to queries about whether they had requested help tracking Riziki. But the retired officer said they had contacted Interpol, the international police network.

Interpol had no red notice – an international alert – for Riziki on its website. A spokesman declined to say why, citing a policy not to discuss specific cases. Tanzanian authorities also would not comment on Riziki’s case.

Somali intelligence officials told Reuters they usually received little information from Kenya. But they said they warned Kenya in November about a plot to attack an unknown target involving five men – the same number who attacked the Nairobi hotel and surrounding offices.

Kenya did not want to pay for information, one Somali official said, and it was not possible to get more details from sources within al Shabaab without money.

Slender, chisel-faced Riziki often prayed at Mombasa’s Musa mosque, a newly renovated building whose green and white minaret is surrounded by a jumble of small shops. The mosque was a hotbed of extremism in the lead-up to the 2014 raid, authorities said, although now the leadership has changed.

Kenyan police said Riziki was influenced by two of the mosque’s former imams, Sheikh Aboud Rogo and Abubakar Sharif, also known as Makaburi, who they said recruited for al Shabaab.

Rogo was shot dead in 2012, Sharif in 2014. Supporters blamed police. Police denied it.

Yusuf Mohammed, a 54-year-old shopkeeper, occasionally attended the mosque with Riziki. He said the young man was dazzled by its leaders, even as their extremism repelled more moderate Muslims.

“He with many other youth really idolized Rogo and loved his preachings,” Mohammed told Reuters. “They spoke about him all the time.”

Kafungwa is a “rising star in extremist circles” and has been linked to another plot in Kenya – a plan to kidnap foreign tourists over the 2014 Christmas holiday – said a Nairobi-based security analyst who has observed militant activity at the mosque for nearly a decade.

Riziki joined a gang targeting policemen, according to a summary of his file shared by Kenyan police. He took part in the killings of at least two officers in October 2014, the former Kenyan counter-terrorism officer said.

The next month, police raided the mosque. One officer died after his throat was cut during the operation. A suspected militant was killed, and 13 others were arrested. Riziki was there but escaped, the former officer said. He never returned, said Mohammed, the shopkeeper.

SUSPECT ON THE RUN

Investigators believe Riziki spent much of the following years in Tanzania. It’s not clear what he did there. Tanzanian police did not respond to requests for comment.

Kenya, Tanzania and Somalia did not do a good job sharing information on militants, according to an international official who worked on counter-terrorism in the region.

A former senior Somali intelligence official conceded that information sharing “is not always systematic” and often depends on personal relationships between officials.

“But it happens,” the official said, citing two examples where Kenyan authorities detained and extradited militants at Somalia’s request, despite the lack of a treaty between the two countries.

Young, Kenyan and on the run, Riziki made the ideal al Shabaab attacker, said Matt Bryden, who heads the Nairobi-based think-tank, Sahan Research.

“Al Shabaab is branching out; its profile now looks a lot more like al Qaeda in East Africa used to than the principally Somali organization it was for many years,” he said.

Local recruits are less likely to attract suspicion in their home countries. But they also make al Shabaab vulnerable to infiltration – by foreign intelligence agencies and the group’s Islamic State rivals. So these recruits are usually earmarked for suicide missions, the Somali intelligence official told Reuters.

The attackers spent several weeks late last year training in Boni forest, a thickly wooded area on the Kenyan side of the border where al Shabaab has carried out several attacks, including beheadings, said a Kenya security source and a Somali intelligence official.

Riziki had earlier entered Somalia, where the militants control territory which government forces cannot enter, making it hard to track him.

Somalia’s National Intelligence and Security Agency has also been hampered by infighting and personnel changes, insiders said. It has had three leaders in the past two years and been without a director general for the last four months.

Some Somali regional security agencies are reluctant to work with the central authorities because of political tensions between the central government and Somalia’s federal states, and because senior al Shabaab defectors hold prominent positions in the agency.

“It is full of double agents. We cannot work with them,” one Somali regional spy master told Reuters.

A senior Somali intelligence official said his agency passed on a warning about a pending attack in Kenya in late November.

“We told them: five guys,” he said. “They want to attack in Nairobi or Mombasa, like a hotel, tourist attraction or church.”

But such warnings are common and difficult to act on without more detail. Riziki’s name was not mentioned, so he didn’t raise any alarms when he returned to Kenya on Jan. 13. Police said he went through the border town of El Wak and took a bus to Nairobi.

Two days later, he strolled into the gardens of the hotel complex. He stood in the sunshine for nearly a minute. Then he exploded.

(Additional reporting by Duncan Miriri in Nairobi and Gus Trompiz in Paris; Editing by Alexandra Zavis and Giles Elgood) 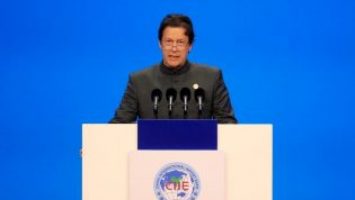