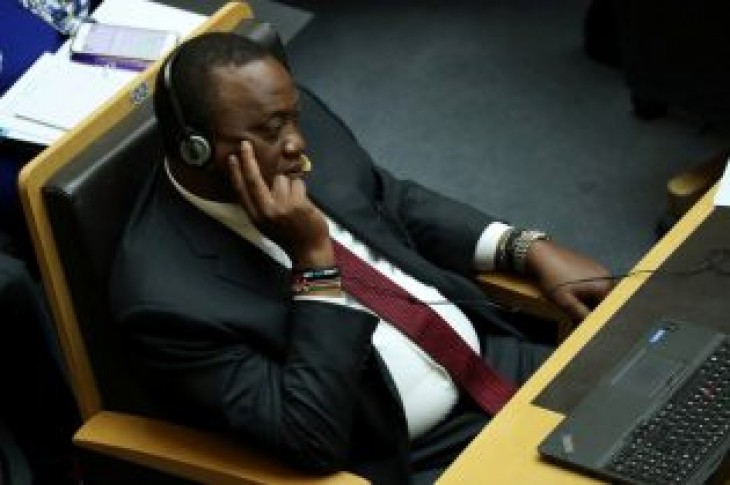 NAIROBI (Reuters) – A Kenyan court charged seven men on Wednesday for impersonating President Uhuru Kenyatta and swindling a prominent businessman out of 10 million shillings ($100,000) in yet another high-profile corruption case.

The suspects called tyre firm Sameer Africa boss Naushad Merali and his finance director Akif Butt pretending to be the president and asking to sell them land, court documents showed.

The seven pleaded not guilty at a Nairobi court and were released on bail before their case resumes on March 12.

One of the suspected fraudsters impersonated Kenyatta’s voice, while the others arrived in fancy vehicles and suits to collect the money, police said.

“Merali …. gave a go-ahead to the finance director to process payment believing he spoke to the head of state,” the documents read.

The Star newspaper said Joseph Waswa, the man accused of imitating Kenyatta, was known to use luxury cars, helicopters and bodyguards.

Although the case was entertaining, it also showed how pervasive corruption was in East Africa’s richest economy, lamented prominent anti-graft campaigner John Githongo.

“It is so completely normal to be shaken down … that he didn’t even bother to check up before sending the money,” he told Reuters. “For that to happen, especially right now when we are ostensibly in the middle of an anti-corruption campaign, shows that much of it is window dressing.”

Kenyatta’s government has come in for repeated criticism over corruption scandals in the health sectors, national youth service and construction contracts.

Dozens of senior officials and business people were charged in May with various crimes related to the theft of nearly $100 million from the National Youth Service (NYS), a state agency.

The Directorate of Criminal Investigations said on Monday it was also investigating what it said was fraudulent construction of two dams valued at 63 billion shillings. Some payments were already made out despite the dams not being built, it said.

Neither Sameer Africa nor Kenyatta’s State House had any immediate comment on Wednesday’s court case. 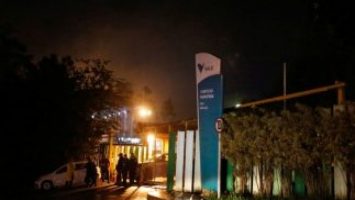 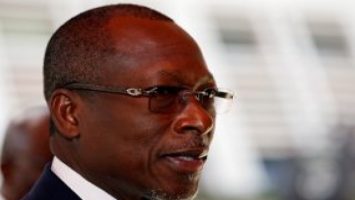