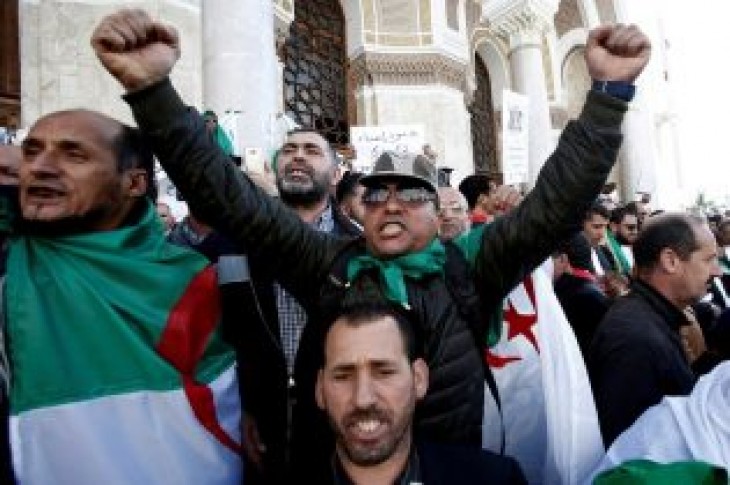 ALGIERS (Reuters) – The army has thrust itself into the kingmaker role in Algeria’s crisis, but as it works backstage to remove an ailing president and broker calls from the street for democracy, it will be careful to shore up its own immense political clout.

For the past six weeks, Algerians have marched to unseat not only President Abdelaziz Bouteflika but also the whole ruling elite — veterans of an independence war against France, plus their allies in the army, business, legislature and unions.

Some Algerians wonder whether the military, whose expertise lies in producing political continuity rather than change, is the institution to manage the radical political and economic overhaul many Algerians are calling for.

But whatever new system ally eventually emerges from the upheaval, the army is signaling it wants to retain the decisive role in national affairs it has had since independence in 1962.

Its influence grows more evident by the day.

With Bouteflika resisting immense popular pressure to step down immediately, the army chief stepped in to break the impasse on March 22 by calling on the constitutional council to declare the veteran head of state — 82 and ailing — unfit to rule.

The move, placing a large question mark over Bouteflika’s own plan to stay on temporarily to oversee his own succession, sent a shockwave through the political establishment.

In the days that followed, two leading political parties and the country’s biggest labor union – longtime establishment supporters of the president — echoed the army’s call.

“The game is between the presidency and the demonstrators. And the referee is the army. So you can exclude a player, but you cannot exclude the referee,” said a retired army general.

The ideal scenario for the army, former generals say, would be a compromise candidate for president who would meet some demands of the protesters while enabling the generals to help shape the future.

“I can imagine more concessions from the army, including accepting candidates from the demonstrators to handle the transition,” said a retired military intelligence officer.

So far, the reaction to the army’s intervention from protest leaders — some of whom want a complete political revamp removing any army influence in politics — has been a mixture of caution and pragmatism.

“The military showed that it was with the people during the protests,” lawyer and activist Moustafa Bouchachi, the most prominent figure to emerge from the protests, told Reuters.

Like all protesters, he wants a new generation of leaders to overhaul the country’s stagnant politics and jump-start a limping economy that Algerians say is riven with cronyism.

But he says it is too early to discuss who will succeed Bouteflika.

Some of those who are prepared to speculate see opposition politician Ahmed Benbitour as a possible contender. He resigned as prime minister under Bouteflika due to disagreements over the economic dominance of the ruling elite and lack of transparency.

But whoever becomes caretaker president will have to be acceptable to the generals.

While Algeria’s local and parliamentary elections can be genuine contests, albeit open only to parties approved by the authorities, presidential elections are tightly controlled and the army’s preferred candidate in effect is guaranteed to win.

Since the army has always preferred to stay behind the scenes in politics, it is unlikely to follow Egypt’s example after its uprising in 2011. General Abdel Fattah al-Sisi toppled an Islamist leader and then was eventually elected president, part of a long line of military men to rule the country.

At the same time, Algeria’s military is unlikely to cede much power to any future civilian president.

Bouteflika, a tough political infighter, is a case in point. He worked for years to ease the generals’ clout and make the presidency more powerful by sacking dozens of top officers.

But he struggled to curb the army’s sway, even after he removed General Mohamed Mediene, a spy chief dubbed “Algeria’s God” because many saw him as the real authority in the country.

In the current turmoil, the army could consider using force if unrest worsens sharply. But that seems unlikely: So far the protests have been peaceful, even festive. The army has stayed on the sidelines, in sharp contrast to early 1990s when bearded Islamists alarmed the generals with radical rallies.

No Algerian wants to return to those days, when the army canceled elections Islamists were poised to win, triggering a war that killed up to 200,000 people. But a return to nationwide civil disturbances that shook the north African country in 2001-02 and 1988 cannot be ruled out if protests grow.

What all sides agree on is the need for a leader who puts reform of the Soviet-style economy high on the priority list.

In a report, Moody’s rating agency said it expects a protracted period of uncertainty to weigh on economic prospects.

“The military wants stability and the generals know that this will only be achieved if you have a man with a viable economic vision to convince Algerians that economic reforms are the only way to move forward,” said the retired general. 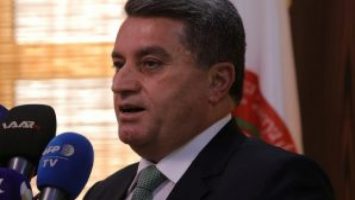 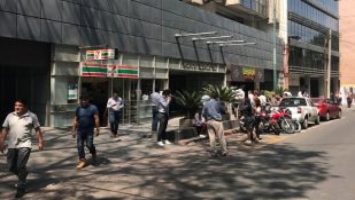