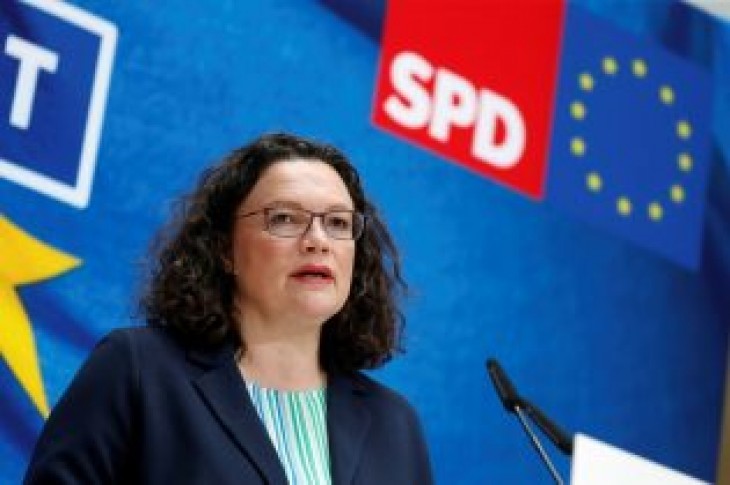 BERLIN (Reuters) – The leader of Germany’s Social Democrats, Andrea Nahles, will face calls to resign as its parliamentary chief at a crisis meeting on Wednesday after the party’s double election defeat, three lawmakers said.

The center-left group in coalition with Angela Merkel’s conservatives lost a regional vote in the northern state of Bremen for the first time in 73 years on Sunday, and saw its share of the vote slump in EU parliamentary elections.

Nahles – who is both the SPD’s national leader and its head in the lower house of parliament – has already called for a vote on the parliamentary post next week, heralding more turbulence for a coalition already beset by infighting.

Three SPD lawmakers told Reuters that the group had called a crisis meeting in parliament on Wednesday.

“Now or never, we need a fresh start, including also in personnel. It definitely can not go on like this,” said one of the lawmakers who spoke on condition of anonymity.

Pressure on Nahles to quit was growing, the lawmaker added.

Another SPD lawmaker said, however, that there was no other candidate in sight to replace Nahles. “I’m not aware of anybody who wants to start the revolution now.”

Nahles’s position as overall party leader would be severely weakened if she lost next week’s vote. That would also embolden the SPD’s left flank who would prefer the party to quit the coalition with Merkel.

Any move to pull out of the coalition could trigger snap elections or a possible new alliance. Three further regional elections are due in September and October, all in former Communist eastern states where the far-right Alternative for Germany (AfD) is strong. 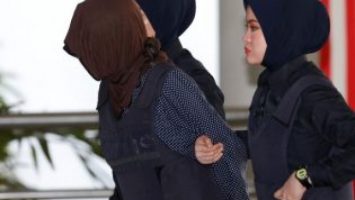