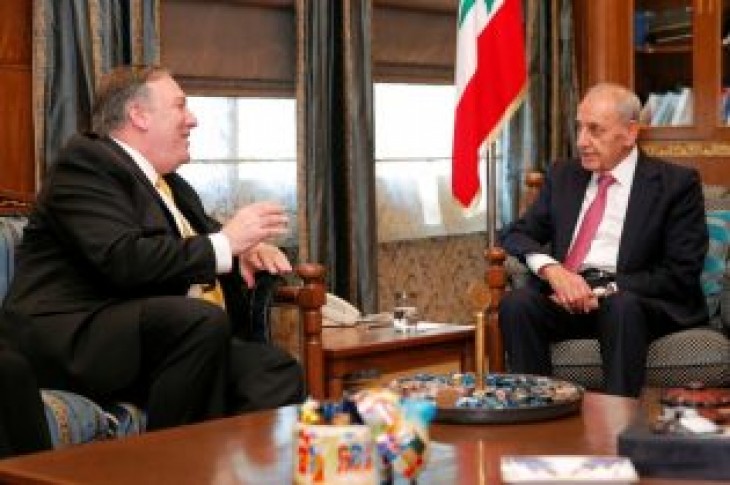 BEIRUT (Reuters) – Lebanon’s parliament speaker told visiting U.S. Secretary of State Mike Pompeo on Friday that U.S. sanctions on the Hezbollah group were having a “negative impact on Lebanon and the Lebanese”.

U.S. efforts to put pressure on the heavily armed, Iran-backed Hezbollah are high on the agenda for Pompeo as he meets Lebanese political leaders in a Middle East trip angled at promoting Washington’s hard tack against Tehran.

The long-serving speaker Nabih Berri, a political ally of Hezbollah, told Pompeo that Hezbollah’s “resistance” against Israel was a result of continuing Israeli occupation of Lebanese territory, his office said in a statement.

Hezbollah has a large militia but the Shi’ite Muslim group is also represented in Lebanon’s parliament and in the coalition government of Sunni Prime Minister Saad al-Hariri.

Israel regards Iran as its biggest threat and Hezbollah as the main danger on its borders.

Pompeo on Thursday said he would be “very clear” in his Beirut meetings that “Lebanon’s success depends on the Lebanese people (demanding) that a terrorist organisation not be in control of their government and not drive policies”.

Pompeo highlighted “U.S. concerns about Hezbollah’s destabilising activities in Lebanon and the region and the risks posed to Lebanon’s security, stability and prosperity,” Palladino said. 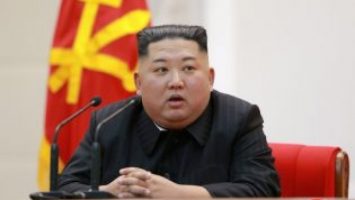 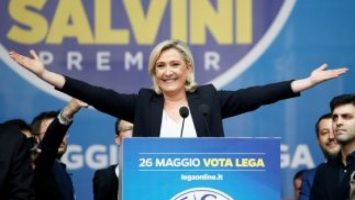