By Anna Wlodarczak and Joanna Plucinska

WARSAW (Reuters) – Poland marks 30 years on Tuesday since its first postwar democratic election, an anniversary that has become a battleground between the ruling nationalists and the liberal opposition over the legacy of communism.

The partially free vote on June 4, 1989, handed victory to a government led by the Solidarity trade union and triggered a series of events culminating in the fall of the Berlin Wall that November.

But even as opposition-controlled city authorities across Poland organize public festivities to celebrate that vote, the right-wing, eurosceptic Law and Justice (PiS) government plans only a muted ceremony in parliament.

While hailing the end of communist rule, PiS says liberal politicians then wasted the chance to create a fairer society true to its Christian roots and conservative values.

PiS says more should have been done in those heady days of transition to purge state institutions of communist officials and also to shield more vulnerable Poles from the impact of tough economic reforms.

Analysts say the argument is part of a broader campaign by PiS, which swept to power in 2015, to galvanize voters from poorer, rural areas who feel left behind by decades of post-communist economic transformation.

“Poles went to vote and rejected the communist elites, entirely and spectacularly,” Polish President Andrzej Duda, a PiS ally, said in a recent speech. “It was a moment that should have become a turning point, but unfortunately it didn’t.”

Facing a parliamentary election in October or November, PiS remains popular in Poland, thanks to its generous welfare payouts and nationalist rhetoric.

One of its key campaign promises ahead of last month’s election to the European Parliament – in which PiS won most seats in Poland – was to ensure gay couples would not be able to adopt children.

“Some of the elites had decided that being Polish with its sense of piety is a burden to modernization. But I believe modernization can be reconciled with tradition,” Jaroslaw Sellin, deputy culture minister, told Reuters.

The biggest celebrations will take place in the Baltic port of Gdansk, cradle of the Solidarity trade union that toppled communist rule. They will be attended by European Council President Donald Tusk, a former Polish prime minister, but by no senior PiS officials.

Instead, the government has organized a series of events to commemorate the 40th anniversary of Pope John Paul II’s first visit to his native Poland as pontiff. He is revered by Poles for his role in inspiring the nation to resist communist rule.

PiS has used its criticism of Poland’s democratic transformation, which started with the 1989 election, to justify its sweeping reforms of the justice system, which critics at home and abroad say undermine the rule of law.

Since shedding communism, Poland has joined the European Union and the NATO military alliance, but many Poles feel its embrace of Western values and pro-business economic policies has come at the expense of its own citizens.

PiS has intensified the debate, arguing that communist-era practices still hamper the judicial system due to the failure of liberal governments to rid them of pre-1989 judges, making them inefficient and unfair.

“Both sides are living a myth,” said Konstanty Gebert, a communist-era opposition activist.

“We didn’t build a Poland of enlightened, free citizens who want to live in a tolerant society,” said Gebert, now a liberal analyst with the European Council for Foreign Relations think-tank.

The 1989 election followed a reconciliation between the communist authorities and Solidarity. Under a deal that followed weeks of the so-called Round Table talks, the opposition was allowed to run for 161 out of the 460 seats in the lower house of Polish parliament and all 100 seats in the Senate.

Since opposition candidates won all the seats they were vying for, PiS says the opposition should have reneged on the deal, while subsequent governments should have taken clearer steps to deny communist-era officials any access to power.

(Writing by by Justyna Pawlak; editing by Gareth Jones) 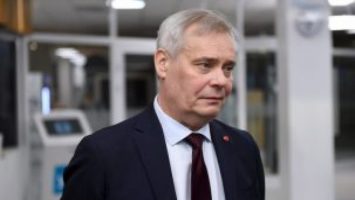