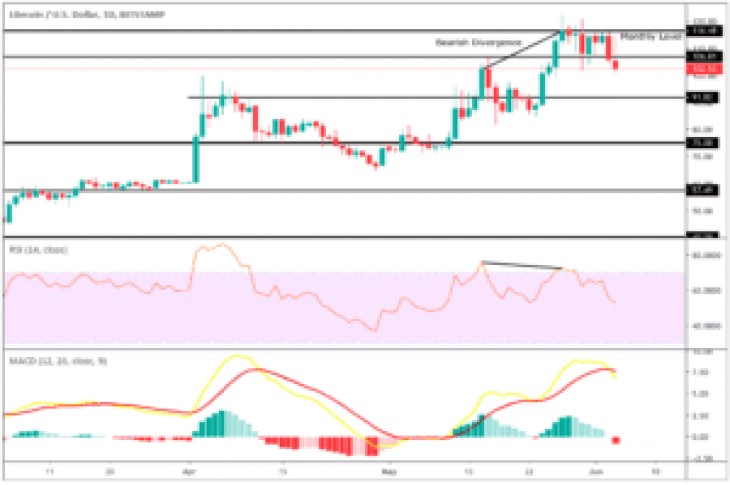 A sharp reversal in the cryptocurrency markets has been taking place over the past 24 hours.

Major cryptocurrencies, including Litecoin and Dash, have been undergoing significant downward movements in USD price.

The last weekly candle for Litecoin / USD price action formed as a Doji after four consecutive weeks of increases.

This indicates traders were uncertain of future price prospects and is being followed up this week with a Marubozu candle forming representative of the significant decline in price.

Litecoin found resistance at $116, a monthly level which provided support during declines in April 2018.

Despite numerous tests of the level, its price started to decline yesterday.

Momentum has started shifting towards sellers with both the daily MACD and RSI declining.

LTC’s price is currently trading at $102 and is likely finding some buying pressure close to $100, an important psychological point for traders.

Litecoin is relatively unchanged against market leader Bitcoin during the move.

Bitcoin has also been declining sharply with Litecoin only slightly underperforming it.

A sharp decline yesterday resulted in the daily USD candle forming with a long lower wick.

The price has been following up with another decline today and has dropped back below $154.

Dash formed a high in its USD price during trading two weeks ago and has been declining since.

The current downward movements may serve to form a higher low, maintaining a bullish market structure.

Dash managed to outperform Bitcoin during trading yesterday after its recovery upon dropping below $140.

Today’s price action is following up with a Doji candle reflecting uncertainty from traders regarding future price prospects.

Buying pressure has been coming into play at the 0.0188 BTC level with price testing this level as support for the past three consecutive days.

Litecoin and Dash Drop Sharply Along With the Rest of the Crypto Market [Price Analysis] was originally found on Cryptocurrency News | Tech, Privacy, Bitcoin & Blockchain | Blokt. 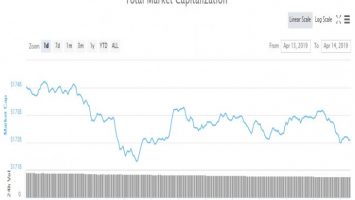