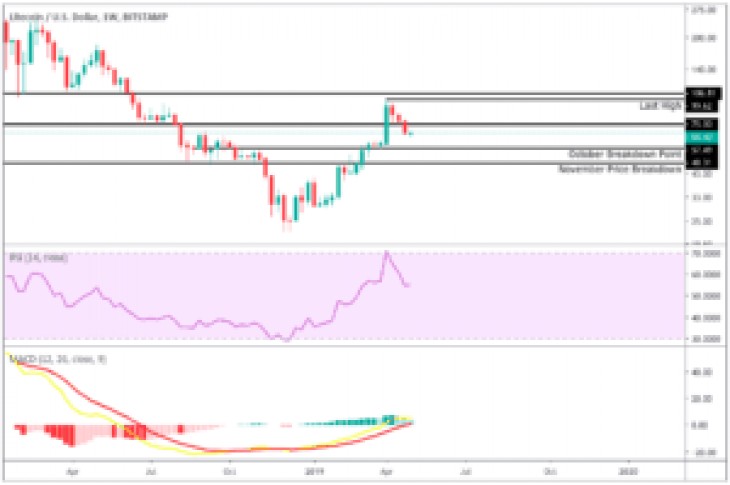 The weekly candle for this week is so far forming a Doji, but it looks likely that the price will continue its downward movements.

The weekly RSI has started decreasing representing a shift in momentum from buyers to sellers.

The next key level to monitor for Litecoin is $57.49 which is the point where the price broke down in October.

This level also acted as support prior to the rapid price increases at the start of this month.

The losses since these price increases have already reversed over half of the gains recorded at the start of the month.

In the event that its price rises from here, $75 would likely come into play as resistance given its significance as a support level when price traded above it.

The price tested $75 numerous time before breaking below.

Consecutive tests of a level serve to weaken the level with fewer buyers to hold the level on each retest.

Selling pressure is currently high with both the daily MACD and RSI declining.

There are no clear support levels between where price currently trades and $57.49 where the price broke down in October.

This increases the odds of a sharp decline taking place in near-term price action.

However, two weeks ago, Dash formed a Doji candle on its weekly chart reflecting uncertainty from traders.

But this was followed with a sharp decline last week as most altcoins recorded significant depreciation for the week.

Although it’s early in the week’s price action, the current weekly candle is forming a Doji.

It looks likely that the price will continue to drop given the high amounts of selling pressure currently being seen in the market.

Similar to Litecoin, the weekly RSI has started to drop reflecting the shifting momentum to sellers.

The next key weekly level to monitor if the price continues to drop is $90 which acted as a significant resistance level while the price was rising.

This is the fifth consecutive day that either a small-bodied candle or Doji candle is forming on the daily chart.

This increases the likelihood that the next significant move will be to the downside.

The longer that price fails to recover from its recent losses, the less likely it is that a recovery will take place on the next significant move.

Similarly to Litecoin, selling pressure is also high with both the daily MACD and RSI declining. 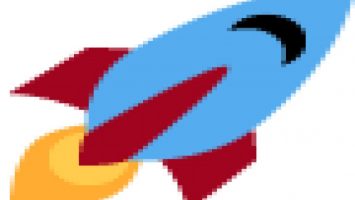 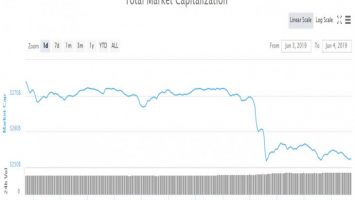