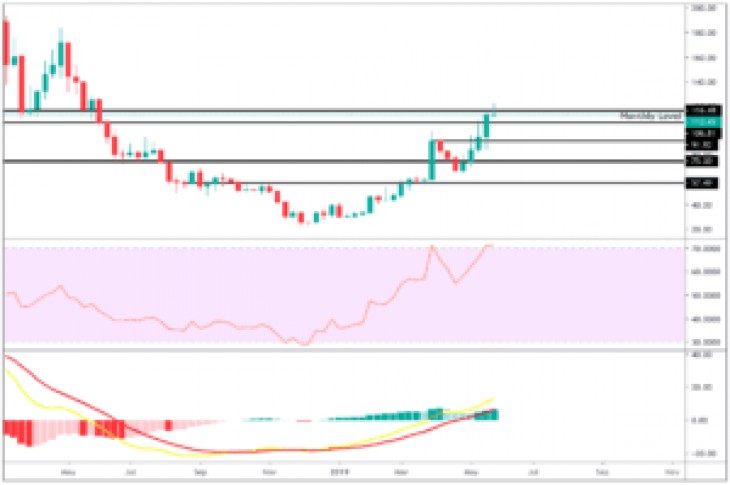 A USD price increase for Litecoin led the increase in the USD of other top cryptocurrencies last week.

It was not until Sunday that market leader Bitcoin followed up with a significant increase, a day where Litecoin also recorded a 9% appreciation.

A bearish divergence formed on the daily chart between the price and RSI.

This is a trend reversal pattern and is being followed up by a decline today which has reversed the increases recorded yesterday.

The current weekly candle is forming as a Gravestone Doji, which is a Doji with a long upper wick.

This Doji reflects higher levels of selling pressure being observed in the market.

The significant outperformance of Litecoin on Friday can be observed in the daily BTC chart.

Litecoin increased from expected support at 0.0112 BTC to close the day near to a level which has previously acted as both support and resistance at 0.0127 BTC.

The price has since risen above this level but depreciation against Bitcoin today may result in buying pressure being found at 0.0127 BTC.

A bearish divergence which formed on the Dash daily chart two weeks ago preceded a volatile week of trading in Dash.

The bearish divergence preceded a price drop as would be expected with the trend reversal pattern, but increases took place as the week carried on.

A daily candle with a long upper wick formed on Friday reflecting a volatile upswing in price.

This week, the price has managed to overcome the point where it formed a high in October and is decreasing today to test this level as resistance.

Small bodied candles are currently being formed which is reflecting that traders are uncertain regarding the future price prospects of Dash against BTC.

With both the RSI and MACD declining on the daily chart, these metrics indicate that momentum is on the side of sellers. 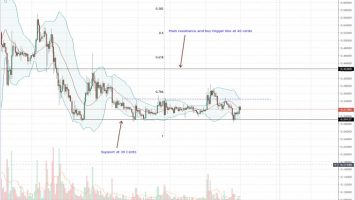 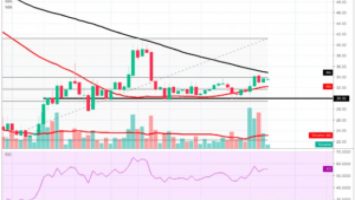