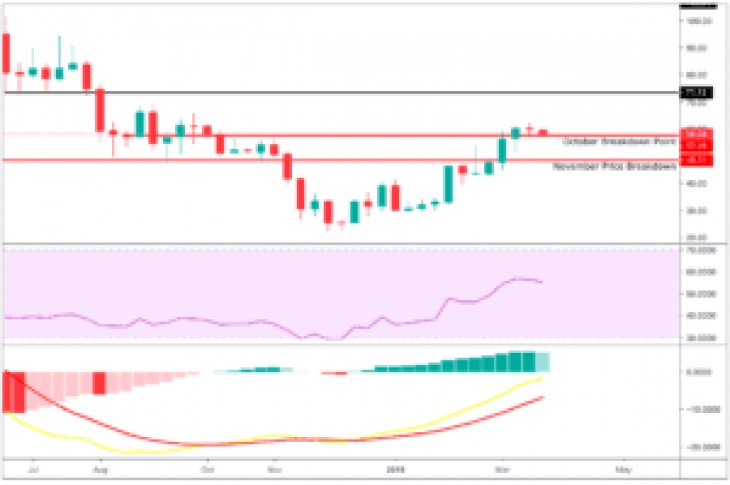 Price has had an early decline to start of this week moving down to the point where price broke down in October.

Price has started reversing after forming a triple bearish divergence between the price and RSI on the daily chart.

Price has since formed a lower high and has moved down near the October breakdown level at $57.49.

With both the daily RSI and MACD decreasing reflecting increasing amounts of selling pressure, there is a significant chance that price could break below this level.

The next important longer-term timeframe level to monitor is $48.31 which was the point where the price broke down in November.

Trading in Dash has been recording similar price action to the trading in Litecoin.

The weekly candle for last week recorded a Doji candle and the price high of last week traded close to a former point of both buyer and seller liquidity at $95.23.

Price has since begun reversing and has dropped below a point of former resistance turned support at $88.

Prices dropped below the $88 level yesterday but buying pressure came in to bring the price back above, and prices closed the daily candle above the level.

However, the price is after dropping below the level already in today’s price action and with the daily RSI and MACD decreasing; there is a strong possibility that price will continue to drop further.

If the price continues to drop, the next key level to monitor is $83.25 which is the upper bound of a range which prices traded within prior to a price spike in mid-March. 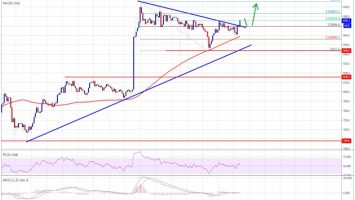 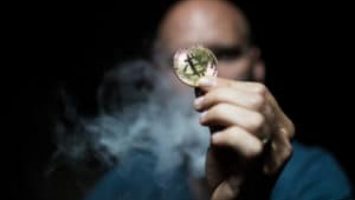