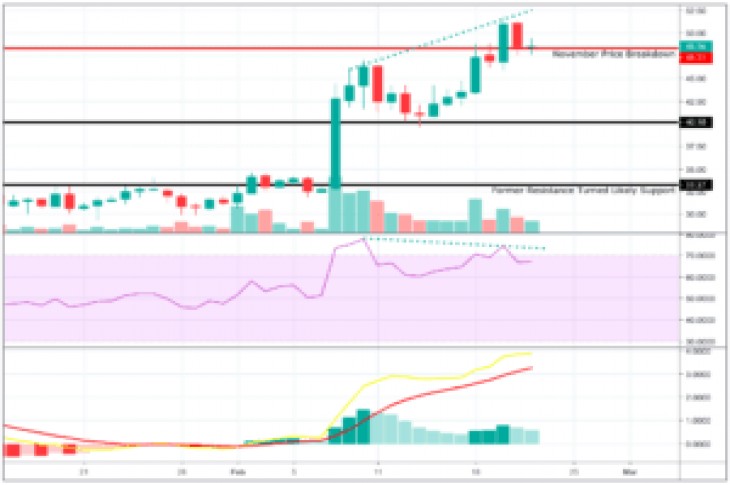 Litecoin is after falling back to a key level after a bearish divergence formed on Wednesday between price and RSI.

A bearish divergence is a trend reversal pattern that forms when the price goes on to form higher highs and the RSI forms lower highs.

This shows price continuing to increase despite a fall in buying pressure.

This pattern increases the likelihood of a price drop following, and this was the case in Litecoin with the price dropping back to a key level.

Litecoin returned to $48.31 which is a key level for its price action.

$48.31 was the point where the price broke bearish in mid-November.

After returning to the key level yesterday, today’s price action is forming a Doji candle.

Price has traded below the level for a significant amount of time in today’s price action showing the level is not acting as strong support and traders are willing to accept valuations below the level.

The key pattern to monitor for is whether price closes below this level on the daily.

A close below this level on the daily would increase the likelihood of price moving continuing to move lower.

The next key level to monitor is price starts to move to the downside is $40.

The market increases taking place over the past week have also had resulted in Doge recording increases.

This is not always the case as sometimes Doge can tend to move independently from the rest of the cryptocurrency market.

The price increases have resulted in Doge returning into an important range between $0.002 and $0.0023.

It took numerous tests for the price to move back within the trading range.

Numerous tests of a level make the level weaker with progressively fewer buyers/sellers to hold the level on each test.

Price has since moved back down to test $0.002 as support and has started recording increases in recent price action. 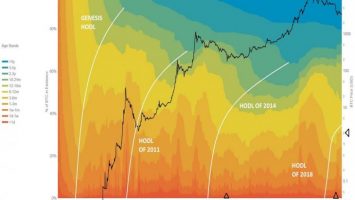 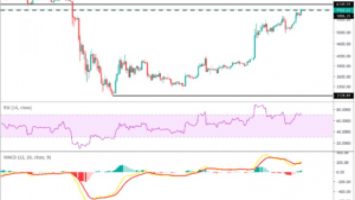