Crypto markets have continued with their consolidation, waiting for Bitcoin to make a move. There are very few crypto assets doing anything today, but Litecoin is one of them, lifted further as the halving approaches.

In the past few hours Litecoin has started to move upwards again. From $102 a few hours ago LTC surged to an intraday high of $113 marking a jump of almost 11 percent. Daily volume has climbed over $5 billion pushing market cap up to $7 billion.

Litecoin has recovered almost all of its losses over the past week whereas big brother Bitcoin is down almost 7 percent over the same period. Crypto trader going by the handle ‘CryptoFibonacci’ has been eyeing the LTC charts for some time predicting that it will continue to rise;

“Said last night that I liked the price action. I still like it. Expecting another retest of 122-124 area fairly soon, IMO.”

Said last night that I liked the price action. I still like it. Expecting another retest of 122-124 area fairly soon, IMO.#LTC pic.twitter.com/NAG8eXRNgr

The support zones can be clearly seen at the moving averages and the next resistance level is just over $120 as mentioned. With the current bullish momentum, further upsides for LTC are likely regardless of what Bitcoin does next.

There is little doubt that the Litecoin halving, which is only 60 days away now, is driving momentum. After this date the block reward halves from 25 to 12.5. This has the perceived effect of decreasing the supply while increasing the difficulty to mine new coins. Halving has been written into the code to control inflation and prolong network longevity. Current LTC inflation is 8.83% whereas after the halving it will drop to 4.26%. Halving events always have a bullish run up and the same is expected to occur for the Bitcoin halving in May 2020.

Additionally LTC hash rate is at an all-time high of 374T as is difficulty. This is a measure of computational horsepower on the network and number of miners supporting it, which also extremely bullish for demand and price.

So far this year Litecoin has outperformed the majority of its brethren, surging 275 percent from $30 on January first. LTC has recovered all losses from the bear market and is back at the same price it was this time last year. The only difference now is that the trend is up so further gains are virtually guaranteed.

There is a strong possibility that Litecoin could reach $200 by halving date on August 6th. Considering it went parabolic in December 2017 pumping from $100 to over $360 in less than two weeks on pure fomo, a move from here to $200 does not appear that farfetched. At the time of writing Litecoin was trading at $113, boosted 10 percent during the Asian trading session. The next 60 days are going to see a lot of action on the Litecoin charts.

The post Litecoin Surges as Halving Nears, Can it Hit $200 in 60 Days? appeared first on NewsBTC. 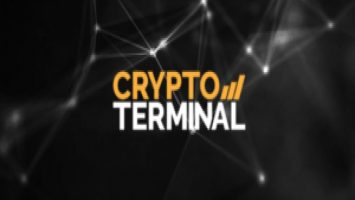