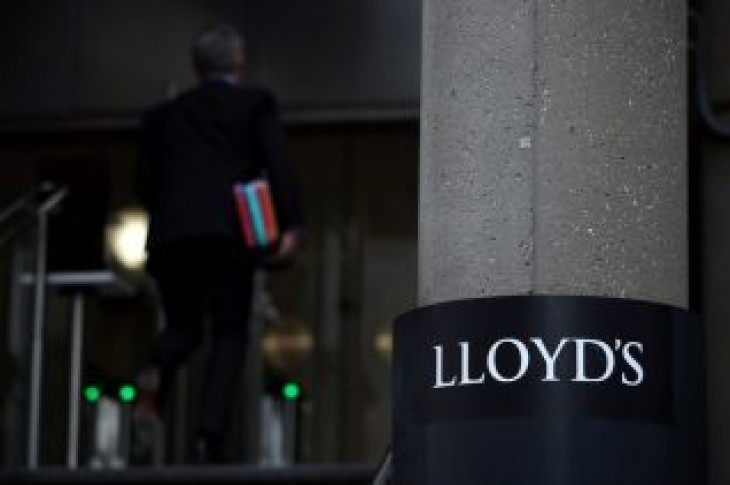 By Carolyn Cohn and Jonathan Saul

LONDON (Reuters) – Lloyd’s of London, the world’s oldest insurer of seafaring vessels, is facing its own perfect storm. Old-fashioned business practices, exposure to natural disasters, competition from rival centers and Brexit are all threatening Lloyd’s reputation as the place to insure anything from ships to sculptures to soccer stars’ legs. Stung by combined losses of 3 billion pounds ($3.9 billion) over the last two years, John Neal, the new chief executive of an insurance market founded in a London coffee house in 1688, is under growing pressure to drag Lloyd’s into the 21st century. Following a six-month review, Neal will unveil a new strategy next week expected to include a push to automate arcane processes, a shift away from risky catastrophe insurance, a hard look at the middlemen who drive up the cost of doing business at Lloyd’s and ways to attract new sources of capital.

It is also looking to improve inclusion at a time when the culture at Lloyd’s is in the spotlight following a report by Bloomberg News about sexual harassment and day-time drinking.

But in a market where shipwrecks are still recorded by some insurers with a quill and paperwork is lugged around Lloyd’s futuristic 14-storey building in slipcases, some brokers and underwriters are resisting innovation. “Lloyd’s has to change, it’s like an old man dancing – a bit awkward and embarrassing,” said one insurance company chief executive, who declined to be named. “We do not have a great track record in modernization.” All of Lloyd’s brokers are meant to shift to an electronic platform by June, but many are complaining about the cost and increased transparency – which risks hurting their fees. Underwriters are meant to move 50 percent of their business to the platform by the middle of the year but several are behind, and much of their business has been deemed outside the scope of the automation drive. “Recent performance has not been acceptable and the work we began last year has placed the market on a much firmer footing,” Neal, who joined as CEO in October, told Reuters.

“The focus now turns to the changes we must make to ensure Lloyd’s succeeds in the future – by supercharging innovation, simplifying the process for capital to access Lloyd’s, automating claims processes, lowering costs by making an electronic exchange, and creating a culture of inclusivity.”

‘DEFINITELY A THREAT’ Lloyd’s is not an insurance company in itself but a group of 99 syndicates, or members, who price and underwrite policies and spread the risk among themselves. More than 150 brokers act as middlemen with clients, along with another group of intermediaries known as managing general agents.

Once mostly wealthy individuals, members now include small underwriters and listed firms such as Beazley and Hiscox, as well as global insurers specializing in business lines such as shipping, aviation and property. The problem for Lloyd’s is that while it still has global cachet and a strong A credit rating, investors from hedge funds to private equity firms looking for higher yields are piling into rival centers such as Bermuda, New York and Singapore. While Lloyd’s reputation for specialization and innovation has pushed it to the forefront of new areas such as insurance against hacking, cheaper centers are muscling in on its turf. Bermuda, for example, has developed a specialism in catastrophe bonds and other insurance-linked securities.

“It definitely is a threat and it will happen in a number of areas,” said industry veteran Andrew Bathurst, director of PWS Gulf, an insurance broker in London and Dubai. “Lloyd’s is aware that overseas underwriters are looking at those classes of business and weighing up whether to underwrite them.”

“If we should see some more losses, particularly on the older accounts, then Lloyd’s will come under pressure and then there will be more incentive to look outside,” said Bathurst, who has been a Lloyd’s underwriter and CEO of a Lloyd’s broker. SLOW TECH Automating claims processes to cut costs in a market where most business is still done face-to-face is one of the areas highlighted in a Lloyd’s leaflet hinting at its new strategy. Lloyd’s has an expense ratio – costs divided by net premiums – of 40 percent, according to ratings agency AM Best. Sources say this is some 10 points higher than commercial insurers like Germany’s Allianz or AIG in the United States. “The market needs to modernize. It does not make sense to have business placed by paper when we have the technology,” said Ian Fantozzi, chief operating officer at Beazley, which manages seven Lloyd’s syndicates.

Hiscox has also embraced technological change but Lloyd’s has struggled to persuade some underwriters and brokers to adopt an electronic processing platform launched in July 2016. While some say the system is easy to use, others complain it is unwieldy and creates, rather than reduces, workload. Former Lloyd’s CEO Inga Beale made it compulsory last year for syndicates to shift their business to the platform because underwriters had moved only 10 percent voluntarily.

Underwriters who miss the targets face charges while brokers could be deregistered – a rare event in the market. For smaller brokers and underwriters, however, the upfront costs of adapting to the system are high. Persuading them to change is like “herding cats”, according to one market source. One senior broker said the system was not ideal because different syndicates work and use it in different ways. The system is suited to simple, commoditized policies, rather than the complex business with lots of conditions and clauses for which Lloyd’s is known, the insurance CEO said.

Smaller brokers are also wary of the increased transparency provided by the system, which would expose their charging structures and could put pressure on their fees, said one City of London source familiar with Lloyd’s. Charles Manchester, chairman of the Managing General Agents’ Association, also said there was no great demand from brokers. POWER SHIFT? Despite the inertia, Lloyd’s will be reluctant to push too hard by imposing sanctions for non-compliance at such a sensitive time for the industry, which is grappling with lower premiums globally, City of London sources said. “There is a growing worry that this could compel many brokers to leave,” said a second City source familiar with Lloyd’s. “In the past, British banks would insist on using Lloyd’s of London to write insurance. That balance of power is shifting and other centers could emerge, such as New York.” The risk to Lloyd’s and other insurance companies in London was highlighted in a 2017 report by Boston Consulting Group and industry association London Market Group. It said the market faced competition from emerging markets and Bermuda, Singapore and Switzerland, helped by lower costs of capital and expense.

Lloyd’s is also facing a threat from European competition due to Britain’s impending departure from the European Union. Lloyd’s has opened a subsidiary in Brussels to cope with Brexit but it operates under a complex structure which some market sources worry will not prove popular. “Lloyd’s of London is beginning to fracture. With the fallout from Brexit, more companies have started to look around the world and ask whether they need to be in London,” the second City of London source said. “Underwriters in France and Germany are now starting to look at writing their business locally,” the source said. 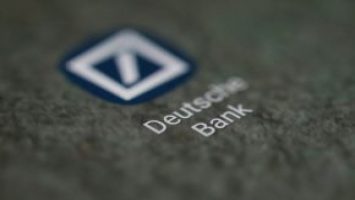 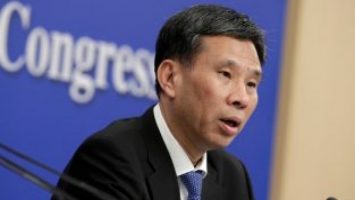