Bitcoin price has recently found the bottom of its bear cycle, and has since shown a strong reversal back into a bull market that has taken many by surprise as to how much the price of the first ever cryptocurrency has risen in such a short time following what will go down in history books as the longest bear market on record.

One reason for such a fast and powerful rebound into bullish price action, according to the log scale monthly Bitcoin price chart, is because the entire bear market was nothing more than a “pullback in an uptrend” and much needed consolidation before the digital asset could resume its parabolic climb.

Bitcoin price trajectory is often described as parabolic. During the height of the 2017 bull run, the price of the leading crypto by market cap went media-fueled parabolic tear that took the price of the asset to its all-time high of $20,000.

After that parabolic ascent was broken, an 85% decline followed, but as soon as the target was hit, Bitcoin was back off to the races, ready to restart a new bull run. The moment bearish sell pressure waned, Bitcoin again went parabolic, taking the price of the cryptocurrency from $4,200 to a recent high of nearly $8,400.

Price action suggests more upside movement is ahead, but how fast the crypto asset has risen from the depths of the bear market has left most investors in shock and disbelief. But the fast resumption of bullish momentum could suggest more is at play.

Front-running the upcoming halving is one theory, as is an increase in buying over US and China trade war fears. However, it could be explained by looking at monthly Bitcoin price charts on the log scale, which according to crypto trader Desperately Seeking Dusan, shows that Bitcoin has never left an uptrend, and instead is simply experiencing consolidation before another movement upward.

All a matter of perspective… if we look at this log monthly chart, it's simply been a pullback in an uptrend… on a daily basis, some consolidation was needed, nothing can go parabolic without stopping (or crashing badly again which is worse) pic.twitter.com/dIOjRS883P

The trader adds that “nothing can go parabolic without stopping” or “crashing badly,” which Bitcoin in fact did in early 2018. Now that the asset has experienced healthy consolidation, the upward trajectory is expected to resume, taking the price of the digital asset to a new all-time high in the coming months.

This isn’t the first time a crypto analyst has called the brutal bear market of 2018 nothing more than a “correction” in a bull trend. Long-term chartist Dave the Wave claims that the MACD never fell below the zero line, suggesting a dip into bear territory was never achieved.

As Desperately Seeking Dusan points out, it’s “all a matter of perspective.” When looking at Bitcoin, it’s wise to look at the long-term potential of the asset, which could eventually reach a value of $100,000 to millions in the future. 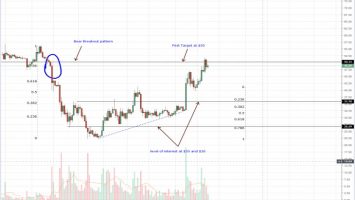 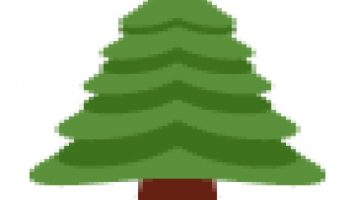