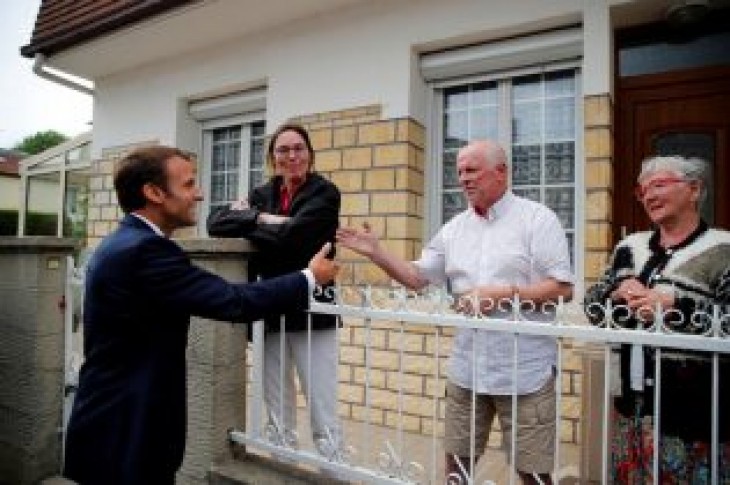 CAEN, France (Reuters) – President Emmanuel Macron paid tribute on Wednesday to 71 French Resistance fighters shot dead by the Gestapo on the day Allied forces landed in Normandy but whose bodies were never recovered, as he marked the 75th anniversary of D-Day.

A few hours after attending a ceremony in southern England hosted by Queen Elizabeth and attended by world leaders including Donald Trump, the French leader silently listened to the names of the victims of the Caen prison massacre being read out.

After the port city of Caen was bombed by the Allies, the local Gestapo officers decided to kill all remaining political fighters in its prison who could not be deported to camps to the east, French historian Jean Quellien said.

They were taken to the prison yard and shot. “Their bodies remained there until the head of the Gestapo in Rouen ordered his subordinates to leave no trace of them,” Quellien told reporters.

Seventy-five years on, their final place of rest remains a mystery.

In the early hours of June 6, 1944, more than 150,000 allied troops set off from Portsmouth and the surrounding area to begin the air, sea and land attack on Normandy that ultimately led to the liberation of western Europe from the Nazi regime.

Macron will host a Franco-British ceremony with British Prime Minister Theresa May in Ver-sur-Mer on Thursday morning, before attending a Franco-American one with Trump in Colleville-sur-Mer later in the day. 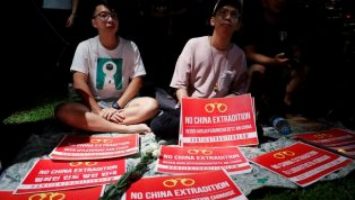