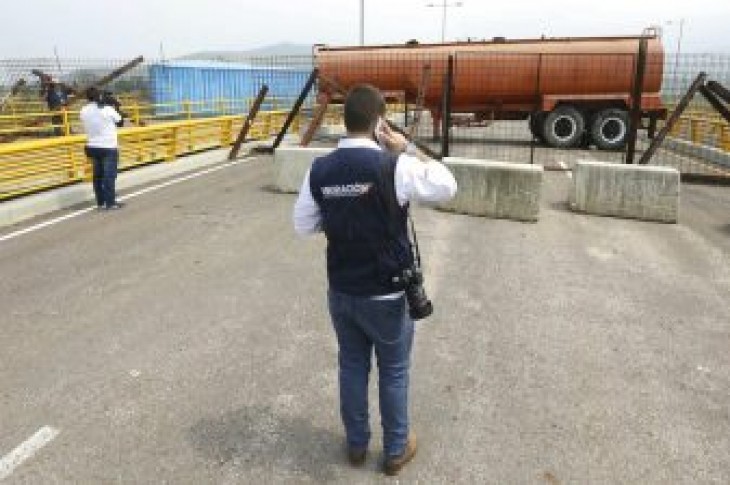 Embattled Venezuelan President Nicolas Maduro is said to be writing a letter to President Trump.

Dozens of Maduro supporters gathered in central Caracas on Wednesday to sign a petition against U.S. military intervention in Venezuela. The demonstrators highlighted their loyalty to the Maduro regime, and denounced opposition leader Juan Guaido. Their petition will be attached to Maduro’s letter to President Trump, which is expected to be sent in the coming days.

“I think that Donald Trump will say anything to justify any action that the United States wants to have with the homeland of Bolívar. In fact, today, what is happening is a continuous coup d’état, which is in development.” — Victor Parra, Maduro supporter

This comes as interim President Guaido continues to denounce Maduro’s decision to block humanitarian convoys. He said the regime is continuing to starve the Venezuelan people.

The opposition leader spoke out on Wednesday after President Nicolas Maduro didn’t allow humanitarian aid from the U.S. into Venezuela by ordering tractor trailers to block the main border crossing.

“It is an absurd reaction by a regime, which is not interested in its citizens, and we are going to do everything we can so that some of this aid gets in,” said Guaido.

In addition to the opposition urging Maduro to let in tens of millions of aid, Colombia is calling on him to do the same. Tens of thousands of Venezuelans are currently crossing into Colombia to receive food and medicine sent from the U.S. Activists inside Venezuela are pushing for Maduro to let in the aid as not everyone can cross into Colombia for basic goods.

“All medicine needs to enter the country because there are a lot of people dying from a lack of medicine, many that are dying in operating rooms — there aren’t even gloves, or gauzes, these are small things that don’t exist, imagine the big things that are not available in the country,” explained a Venezuelan activist. “We need humanitarian aid for Venezuela as soon as possible.”

A Venezuelan sells medicines at s street in La Parada, on the outskirts of Cucuta, Colombia, on the border with Venezuela, Wednesday, Feb. 6, 2019. Tensions in the area have risen since the Venezuelan military blocked a border bridge where humanitarian aid is expected to arrive with a tanker and two cargo trailers, Colombian officials said Monday, in an apparent bid to stop the loads of food and other supplies from entering the country. (AP Photo/Fernando Vergara)

According to recent reports, there are shortages of about 80-percent of food and medicines in Venezuela, and nearly half of the population is eating just two meals a day. However, Maduro is denying there is any sort of humanitarian crisis at all, and has rejected U.S. offers of help by saying Venezuelans are not beggars. He claimed the aid is a prelude to a U.S. military invasion.

As more aid from around the world is expected to arrive in the coming days, Brazil and Colombia are setting up staging regions, so tens of thousands of Venezuelans who cross the border each day will be able to receive the basic essentials. 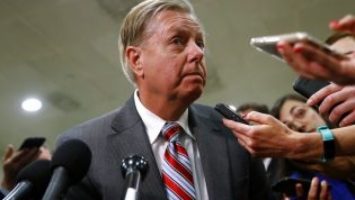 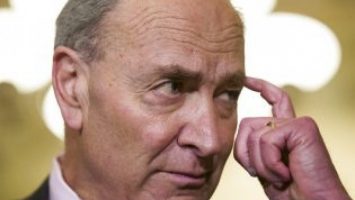