The Prime Minister of Malaysia has called for the formation of a new currency backed by gold. Dr Mahathir Mohamad believes that a single sound currency in East Asian would help protect economies from manipulation caused by Forex traders.

Mohamad also spoke about the influence of the US and how it was disadvantageous for the global market to be tied to the currency of a nation state. Such attitudes are spreading around the world and this presents an interesting opportunity for Bitcoin.

Nations Seek Alternatives to the Dollar as a Currency of Settlement, Could Bitcoin Benefit?

According to a report in domestic news publication Free Malaysia Today, the nation’s Prime Minister, Dr Mahathir Mohamad, is in favour of a single currency for the East Asian region. This new currency would be backed by gold and importantly would not be the national currency of any existing country.

He gave his address in Tokyo as part of the of a session at the 25th International Conference on The Future of Asia earlier today. He stated that the currency would be used for settlements between nations:

“We can make settlements using that currency. That currency must relate to the local currency as to the exchange rate, and that is something that can be related to the performance of that country. That way we know how much we owe and how much we have to pay in the special currency of East Asia.”

He went on to state that there is an issue with traders buying and selling foreign currency, which has a detrimental impact on the economies using those currencies:

“Currency trading is not something that is healthy because it is not about the performance of countries but about manipulation.”

He also attacked the US’s dominant position in the world, stating that it was not right for a single nation to be telling others how to do their business. This, according to Mahathir, is only going to create further division:

“You [the US] are not democratic. That is not for any single power to decide. If you want to live in a united world, a stable world, we must resort to sustainability through agreement between all nations that have a stake in that problem.”

The Prime Minister was then asked if the Japanese yen or Chinese yuan might serve the same purpose as the gold-backed digital currency he describes. He responded by stating that the promotion of one national currency over others would result in conflict and, for settlement trade, it was important that new currency was not one of an existing country.

Naturally, the seemingly perpetual gold bug Peter Schiff used the announcement of the Malaysian Prime Minister to shill the virtues of his favourite shiny metal at the expense of Bitcoin:

Attention crypto shoppers: Gold is the future of money, not Bitcoin!https://t.co/jENKDzsXll

Unfortunately, it does not appear that anyone was in Mahathir’s audience to ask him of the suitability of Bitcoin for the role of settlement currency. The qualities that make for a sound currency and one that is difficult to manipulate are all represented by Bitcoin – granted, there is price manipulation at present, but only due to the fact that the size of the market is so small relative to every other currency on the planet.

Once the Bitcoin market capitalisation increases to the point that billions of dollars entering or leaving the market no longer moves the price, Bitcoin could well serve as a much more suitable settlement currency for not just East Asian trade but the entire planet than any gold-backed currency ever could.

As we have covered many times previously here at NewsBTC, the only thing that gold really has over Bitcoin is a historical precedent. In just about every other way, Bitcoin performs better. It’s more divisible, easier to store, easier to transact, and is genuinely scarce. There is no telling how much gold there truly is in the universe so to say it is scarce isn’t telling the entire story. By contrast, Bitcoin has 21 million units total. There will never be more. This alone makes it a better store of value than gold and will likely be the reason why nations eventually adopt it as a settlement currency, as argued by Saifedean Ammous in his book, The Bitcoin Standard. Given enough time, it seems likely that nations will come round to this way of thinking, forced by their own peoples’ desire to use a genuinely sound unit of currency in favour of the manipulated bits of paper that currently pass for money.

The post Malaysian Prime Minister Proposes Gold-Backed Currency, But Why Not Bitcoin? appeared first on NewsBTC. 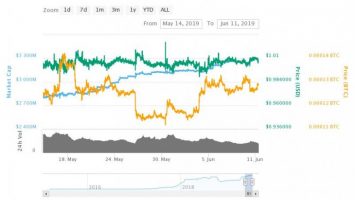 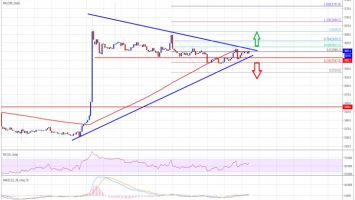