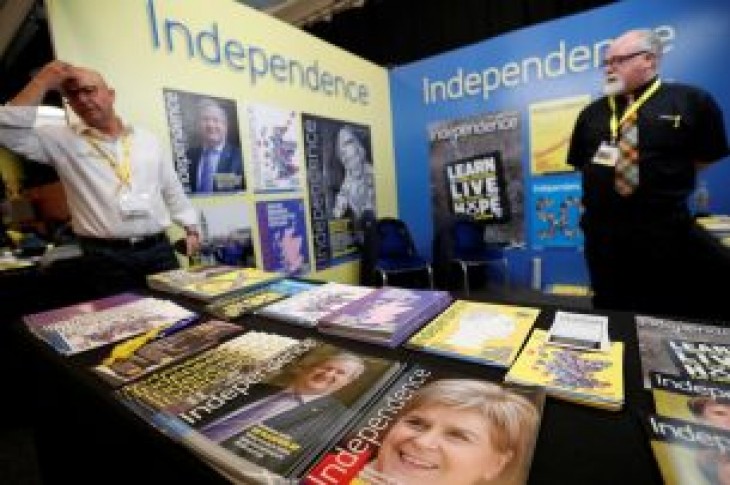 EDINBURGH (Reuters) – Scottish First Minister Nicola Sturgeon’s plans to lead her nation to independence from the United Kingdom have been muddled by Brexit, but the whirlwind at the center of British politics may yet advance her cause.

Brexit has disrupted British politics not least because, while the United Kingdom as a whole voted to leave the European Union in a 2016 referendum, the populations of two of its four nations – Scotland and Northern Ireland – voted to stay.

Since then, Britain’s government has tied itself in knots in failed attempts to win parliament’s approval for a deal to leave the EU, and it is now unclear when, how or even whether it will manage to do so.

“The Brexit debacle has further undermined confidence in the British political system,” said Michael Keating, professor of politics at the University of Aberdeen. “But it matters in Scotland because of this alternative, the independence option.”

In a referendum in 2014, Scots rejected leaving their 300-year-old union with England and Wales by 55 percent to 45.

Sturgeon argues that the changed circumstances of Brexit mean Scots now deserve a fresh choice, accusing the UK of ignoring Scotland’s views on the shape of post-Brexit economic relations with the EU.

But its desire for an independent trade policy after leaving the EU is far from Sturgeon’s preference of a much “softer” Brexit that would at least keep Britain in the EU single market.

Many now see the greatest chance of Scottish independence arising if current talks between the Conservatives and the main opposition Labour Party fail to reach a compromise on future relations with the EU.

That may prompt a snap election – which polls suggest Labour might win, but without enough votes to govern alone, giving Sturgeon’s Scottish National Party (SNP) a kingmaker role.

“The thing that the SNP have above all to hope for is that this government falls, we get a general election, and out of that general election we get a minority government in which they hold the power that the Democratic Unionist Party (DUP) currently have (as kingmaker),” said John Curtice, professor of politics at the University of Strathclyde in Glasgow.

If Labour leader Jeremy Corbyn and May reach a deal, many in Labour, as well as in Sturgeon’s SNP, want a second Brexit referendum to ratify or reject it, with an option of remaining in the EU. But the Labour leader himself has expressed only tepid backing for a second vote.

A senior SNP source said Corbyn was maneuvering for a general election.

“By not supporting a Brexit deal, he thinks he can force a national election, and that is a bigger prize,” the source said.

That outcome would also favor the SNP.

Since 2014, support for secession has been stuck at 45 percent. But a YouGov poll on Saturday found backing at 49 percent after Sturgeon this week outlined her “Indyref2” plans.

However, even under a Corbyn government, there is no sure way the SNP can “force” the UK parliament to agree a new legal vote on secession, as UK constitutional arrangements demand.

The SNP’s best bet, as it meets for conference in Edinburgh this weekend, is to drive up public support for secession. A grassroots campaign is already in the offing.

If, eventually, Britain were to reverse Brexit, this would call into question the formal justification for another independence vote, described as a “material change in circumstances” in the SNP’s 2016 policy program.

Sturgeon this week set out a tentative timescale for a new vote by the end of next year. But has ruled out an illegal referendum, so that, failing approval by London, the 2021 election for Scotland’s devolved parliament seems likely to become a proxy independence vote.

Those at the conference, such as Neil Gillespie, a 53-year-old self-employed electrician, welcome the idea of staying in the EU. But he says that would not remove the need for a new secession vote, because the UK government has shown that it lacks the will or ability to accommodate Scotland’s views.

“I have a lot of customers who voted ‘No’ in 2014 and a huge amount of them have looked at the way Scotland has been treated during Brexit and they have changed their minds,” he said.

“The independence question certainly is not going to go away. But if we were to remain in the EU, we would have more time to think about it,” said Keating, adding that this might mean seeking other ways to enhance the powers of the Scottish parliament.

Keith Brown, deputy leader of the SNP, told Reuters that the chaos in London was helping persuade Scots that independence was a much less “scary” possibility than in 2014.

But he said the UK was at the same time inadvertently giving important lessons on the need to seek consensus: “Like a map of landmines, May has shown us where not to step.” 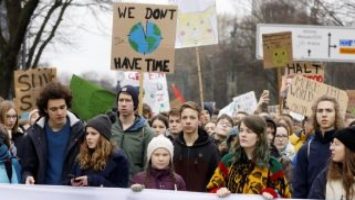 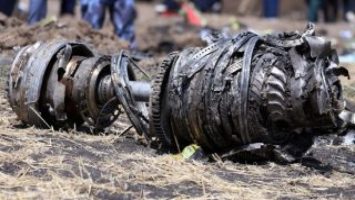