The Business Coordinating Council (CCE) said in a statement the accord to promote “investment and inclusive development” would be inked in Mexico City in the presence of cabinet ministers and business leaders.

Lopez Obrador, a leftist who has shunned foreign and private investment in some sectors, caused fury among influential business figures by cancelling a partially-built new $13 billion airport for Mexico City a few weeks before he took office in December.

The scrapping of the airport led to major losses on Mexican financial markets, and some of the president’s other priorities, including a new publicly-financed oil refinery, have been viewed with skepticism by many in the business community.

The economy has struggled, contracting by 0.2% quarter-on-quarter during the first three months of 2019, and the central bank has expressed concern about sluggish investment in Mexico.

The CCE gave no more details, but a senior Mexican business source, speaking on condition of anonymity, said the accord was the product of more than two months work by bosses aimed at lifting business activity in Latin America’s no. 2 economy.

A spokesman for the Mexican presidency described the investment pact as proof that domestic and international investors had confidence both in the economy, and the government’s development and infrastructure plans.

The pact touched on projects ranging from energy, infrastructure, healthcare and other areas, and had been lent extra urgency by threats from U.S. President Donald Trump to hit Mexico with punitive trade tariffs, the business source said.

The accord aimed to give employers in Mexico the chance to turn their attention to realizing projects that have not been clouded by politics to date during Lopez Obrador’s term, the source added.

The source also expressed hope the pact could usher in a more collaborative spirit between the Mexican president and business leaders. 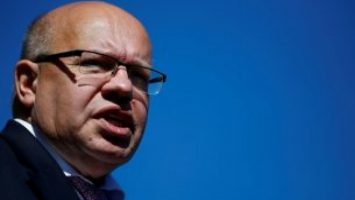