MEXICO CITY (Reuters) – Mexican President Andres Manuel Lopez Obrador said on Thursday he was committed to helping curb illegal immigration after renewed Twitter criticism by U.S. counterpart Donald Trump, but he suggested it was an issue chiefly for the United States and Central America to address.

Illegal immigration across the U.S. border has caused persistent bilateral tensions ever since Trump launched his bid for the presidency almost four years ago, saying that Mexico was sending rapists and drug runners into the United States.

With initial campaigning for the 2020 U.S. presidential election already underway, Trump sent out a tweet early Thursday that again attacked Mexico over migration.

“Mexico is doing NOTHING to help stop the flow of illegal immigrants to our Country,” Trump wrote. “They are all talk and no action. Likewise, Honduras, Guatemala and El Salvador have taken our money for years, and do Nothing.”

At his regular morning news conference, Lopez Obrador was asked about Trump’s tweet, and said he was focused on addressing the root causes of migration. He repeated that he wanted a cordial relationship with Trump.

“We respect president Trump’s position, and we are going to help. That is, this is a problem of the United States, or it’s a problem of the Central American countries. It’s not up to us Mexicans, no,” Lopez Obrador told reporters.

“I just emphasize that migration flows of Mexicans to the United States are very low, a lot lower,” he said. “The Mexican is no longer seeking work in the United States. The majority are inhabitants of our fellow Central American countries.”

The three countries account for the bulk of migrants apprehended trying to cross illegally into the United States.

Trump’s remarks also followed calls on social media for a new caravan of migrants to form in Honduras.

Over the weekend, a group of around 1,200 migrants, most of them from Central America, began moving toward the U.S. border from southern Mexico. 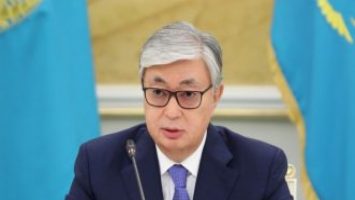 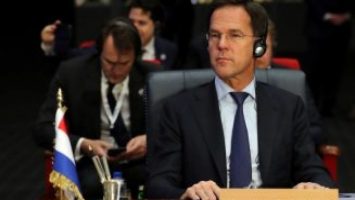