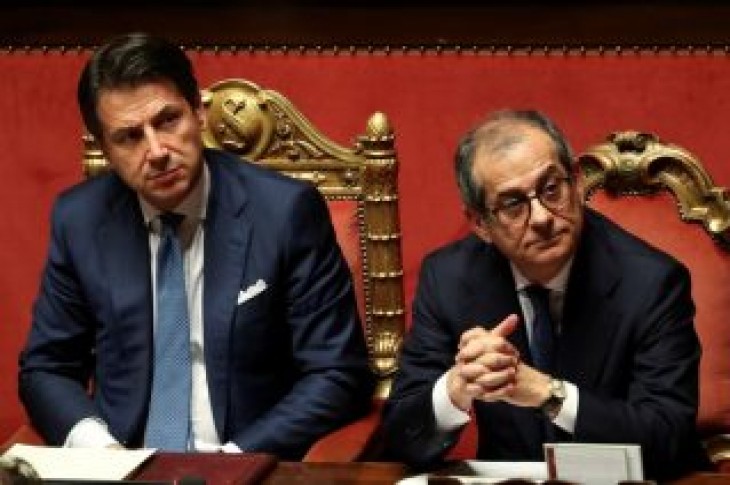 ROME (Reuters) – Italy’s prime minister and economy minister have formed an unofficial alliance with the president to prevent the euro zone’s third-largest economy being dragged into financial crisis by its ruling parties, sources say.

Prime Minister Giuseppe Conte and Economy Minister Giovanni Tria, both technocrat appointees, have held private conversations with President Sergio Mattarella in recent days on ways of shielding Italy from a gathering political and financial storm, according to two Italian officials with knowledge of the matter.

Conte and Tria are acting with Mattarella, who has a role in ensuring political stability, to effectively curb the behavior of their own government — a populist coalition whose party leaders are railing against EU budget rules.

The coalition’s confrontation with the European Commission, which has flagged possible disciplinary action over Rome’s big-spending fiscal policies, has sent a shiver through Italian bonds and rekindled fears of a full-blown financial crisis.

“Mattarella is trying to keep the boat afloat,” said one senior government official.

Though the coalition’s dominant political force is League leader Matteo Salvini, the prime minister is in charge of negotiating with Brussels over budget policy, and both he and Tria could do serious damage to the government if they were to wield the ultimate political weapon.

Both Salvini and his coalition partner Luigi Di Maio, leader of the 5-Star party, know that the resignations of two men seen by markets as Italy’s main guarantee of fiscal prudence would be likely to send the value of its debt tumbling, and neither wants to risk this.

Conte has already threatened this week to resign, saying EU rules should be respected. Tria, a former academic, told Reuters that daily quarrels between Salvini and Di Maio were damaging Italy.

“What’s going on is weakening my negotiating power with the EU,” Tria said on the sidelines of a ceremony at the Quirinale presidential palace. “It means that Italy is not a country that can be taken seriously.”

As for Mattarella – the presidency is mostly a figurehead role, but it has the power during political crises to make or break governments. Neither the League nor 5-Star would want to make an enemy of the president.

The League, rooted in rich northern regions, and 5-Star, whose voters mainly live in the poorer south, forged their alliance a year ago, but last month’s European Parliament elections have given Salvini the upper hand.

The League doubled its vote from the 2018 general election and Salvini has been acting as de facto prime minister, vowing not to bow to budget pressure from Brussels. On Thursday, Di Maio agreed to back the League’s tax-cutting plan as a priority.

With a debt of 2.3 trillion euros ($2.6 trillion), Italy is viewed by most economists as too big to fail, and financial instability there could endanger the stability of the entire euro zone.

“The main concern of the president is who will draw up the 2020 budget and what’s in Salvini’s mind,” said another official.

The fact that Italian debt continues to rise as a proportion of GDP prompted the European Commission on Wednesday to start a process that could lead to financial sanctions and stricter oversight of fiscal policy.

Investors are already asking for interest rates some 0.7 percentage points higher than a year ago to buying Italian 10-year sovereign bonds.

In October, the gap between Italian 10-year bond yields and those from Germany, the euro zone’s benchmark, spiked to over 3.4 percentage points after the EU rejected the government’s 2019 budget. A compromise defused the crisis – but another showdown between Rome and Brussels would send these premiums soaring again.

The worst-case scenario for Mattarella would be a government collapse later this year that prevented the approval of the 2020 budget by the end of December, as required by law.

One of the top officials who spoke to Reuters on condition of anonymity said that Brussels had asked Rome to cut its 2019 deficit by around 0.2 percentage points of GDP, or some 3 billion euros ($3.4 billion).

“We need to stop talking against Europe and show convincing numbers over the deficit and debt trends,” this official said.

Late last year, Tria, Conte and Mattarella, backed by Bank of Italy Governor Ignazio Visco, succeeded in persuading Salvini and Di Maio to trim the 2019 deficit target to avoid EU fines. Visco also has a direct line to his predecessor and current head of the European Central Bank, Mario Draghi.

Conte’s office said on Wednesday that Italy’s deficit-to-GDP ratio for 2019 was already set to come in at 2.1%, well below the official 2.4% target.

Salvini’s growing self-confidence has fueled speculation that he will abandon 5-Star and seek a new election, though he has denied this. But he may not be in a mood to make another compromise on his anti-austerity budget plans.

The League’s economics chief, Claudio Borghi, told Reuters this week that it had only agreed to back down in December because it was the junior partner. The EU vote showed it was now the top dog, he said. 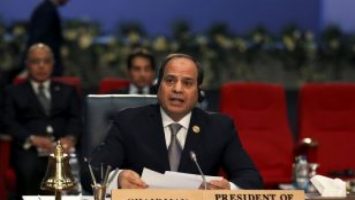