By Gabriela Baczynska and Daphne Psaledakis

BRUSSELS (Reuters) – When the men who run the European Union pick its new leaders this year, they might finally appoint a few more women. But don’t expect a radical change any time soon.

The EU has opened talks to name the people who will run its key institutions for the next five years. The top post at the European Central Bank, picked every eight years, comes vacant this year too.

Negotiators in Brussels and European capitals will have to weigh the interests of north and south, right and left, big countries and small, richer and poorer. But this year, there is more pressure than usual to balance the sexes too.

None of the three most powerful European institutions – the EU’s executive Commission, its Council of national leaders and the ECB – has ever been led by a woman.

“This situation is ridiculous. There are still too few women. That applies to all the other top jobs in the EU,” the outgoing Commission president, Jean-Claude Juncker, who has just one woman among his six deputies, said this month.

But as for his own job? Still too soon.

“I don’t think that we can hope in the very near future to see a woman at the head of the Commission,” Juncker said on Thursday, noting that the choice was not up to him.

French President Emmanuel Macron and outgoing Council President Donald Tusk are among those demanding that women be chosen to fill two out of four senior posts – Commission chief, Council president, head of the European Parliament and the EU’s top diplomat. For now just one is: that of the outgoing foreign policy chief, Italy’s Federica Mogherini.

But the leadership of the EU reflects domestic politics in the bloc, still overwhelmingly dominated by men. National EU capitals nominate each of the 28 commissioners, and in the outgoing Commission, only nine are women.

“Historically, women were not prioritized,” said Virginija Langbakk, director of the European Institute for Gender Equality, an EU agency. “It’s the… boys’ agreement, because the majority of party leaders are still men.”

Of the 28 leaders of EU states, just four are women, though one, Angela Merkel, is the most powerful of all. A potential fifth won an election this week in Denmark, but the other three, including Britain’s Theresa May, are already on the way out.

The gap is particularly glaring at the European Central Bank. Just two women sit on its 25-member governing council. One, Sharon Donnery, acting head of the Irish central bank, is due to step down on Sept. 1 and will be replaced by a man.

Of the major EU institutions, the one that comes closest to gender parity is the European Parliament, which named its first female president, France’s Simone Veil, in 1979. Forty years on, an estimated 40% of lawmakers elected in last month’s European election are women, up from 36% in the outgoing assembly.

Back at home in member states, female lawmakers make up more than 40% of the parliaments of Belgium, Sweden and Finland, but only just over 10% in Hungary and Malta.

EU institutions are not only more male than the electorate, they are whiter too. Minorities make up a tenth of the EU population but just 5% of incoming European lawmakers, says Sarah Chander of the European Network Against Racism group.

“There is some improvement,” she said. “We’re still very far from a true representation of the European population.”

With so much else at stake in the negotiations to fill the top jobs, fixing the gender gap is going to be just one factor.

“It’s absolutely something they are going to try, it’s in everyone’s interest,” said a senior – male – government official dealing with EU affairs for one member state. “It’s important but it must be doable. It’s not going to be a do-or-die thing.” 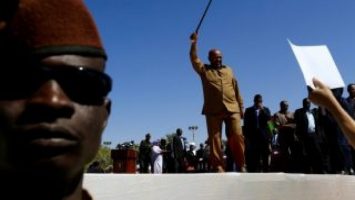 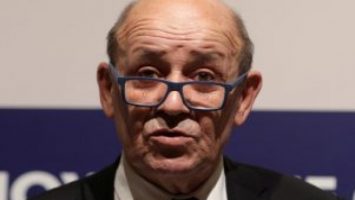