It reveals that the entity is focusing heavily right now on preparations for the NEO DevCon event which is set to be held in Seattle this month.

NGD states that this is to ensure they “present a high-quality development conference for the community.”

NEO’s DevCon event in Seattle is set for mid-February, and NGD noted that they have worked on generating publicity for the event throughout January.

It also announced the agenda for the event and revealed the names of high-profile speakers who will be attending, including the founders of NEO and executives from Accenture and Microsoft.

NGD states that the ticket sales for the event are closing soon.

Apart from the event, NEO-CLI has been one of the priorities for NGD.

After working on development for a few months, in January it released NEO CLI v.2.9.4 which comes with communication performance and stability improvements.

NGD also held its annual meeting in Pattaya, Thailand between January 16 to January 20 and NEO founders, Da Hongfei and Erik Zhang were in attendance.

It was NGD’s second consecutive annual meeting held abroad where colleagues from around the world gathered to discuss the future of NGD.

Other Highlights of the Report

The new NEO CLI comes with several new functions including the ability to start a service in Windows and new CLI commands.

Plugins can now get contract execution results, have third-party dependencies or can delay starting the node.

Block relaying issues and concurrency issues were solved as well.

NEO wrote that its developer community has been very active in 2019 as City of Zion release NEO-python v0.8.3 and NEO-ONE held a development workshop in Seattle.

NSPCC also released its progress report for Q4 2018 and published a research study on node task distribution in the dBFT consensus mechanism.

“With DevCon 2019 right around the corner, preparations have intensified, so NGD-sponsored developer and community enthusiast events have been paused.” 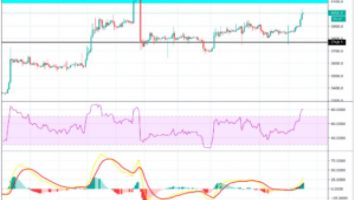