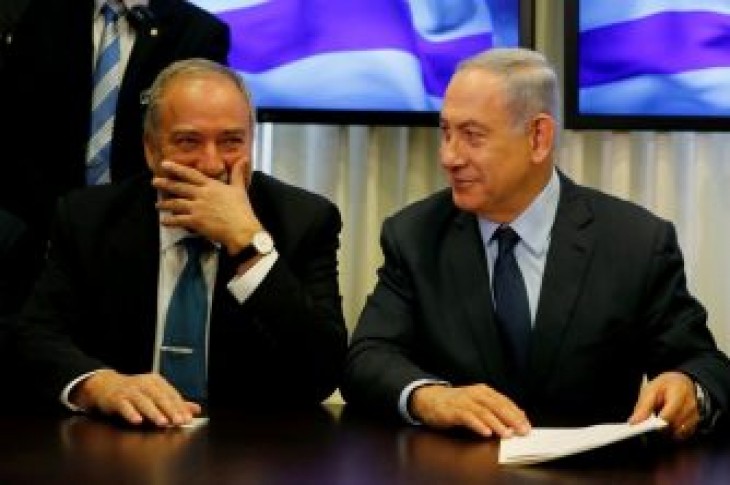 JERUSALEM (Reuters) – Prime Minister Benjamin Netanyahu was quick to declare himself winner of last month’s Israeli election, but he now has until Wednesday to appease an erstwhile ally, form a government and avoid a possible rematch.

The man at the center of the crisis in Netanyahu’s coalition-building, former Defense Minister Avigdor Lieberman, is sticking to his guns in a stalemate over military draft exemptions for Jewish seminary students.

The brinkmanship six weeks after the April 9 election poses another challenge to the decade-long reign of the right-wing leader some Israelis have hailed as “King Bibi” and deepens political uncertainty in a country riven with division.

Barring a breakthrough, Israel could hold a new election, with parliament already making initial moves toward a fresh poll and legislators proposing September for the national vote.

Without the support of Lieberman’s far-right Yisrael Beitenu party, which has five seats in the 120-member Knesset, Netanyahu cannot put together a majority government led by his Likud party. Under a deadline mandated by law, he has until 2100 GMT on Wednesday to announce a new administration.

Political commentators were hedging their bets.

“Netanyahu is a wounded animal. The man is fighting for his life, and we shouldn’t make light of his abilities,” columnist Yossi Verter wrote in the left-wing Haaretz daily on Tuesday.

Rivals had already smelled blood in the water when Israel’s attorney general said in February he intends to charge Netanyahu in three graft cases. Netanyahu has denied any wrongdoing, saying he is the victim of a political witch-hunt.

But in the closely contested April election, Netanyahu – dubbed “crime minister” by his opponents – appeared on course for a fifth term as head of a right-wing bloc.

All it would take, according to conventional wisdom, was the usual wheeling and dealing on cabinet posts and allied factions’ pet projects.

Few imagined Netanyahu would not put a coalition together, even after he asked for and received a two-week extension to an original 28-day deadline.

Suddenly, Lieberman became a wild card and the clock was ticking, with Netanyahu facing a scenario in which President Reuven Rivlin could pick another legislator to try to form a government if he failed.

“A lot can be done in 48 hours,” Netanyahu said on Monday after parliament gave initial approval to a motion to dissolve itself.

“The voters’ wishes can be respected, a strong right-wing government can be formed,” he said.

If efforts to break the political deadlock fail, parliament would take a final vote on an election on Wednesday. A new ballot would mean Rivlin could not choose someone else to put together a governing coalition.

But political commentators said it was still unclear if Netanyahu could muster the required 61 votes to pass the motion. The ball would then be in Rivlin’s court, leaving Netanyahu, who last lost an election in 1999, on unfamiliar sidelines looking in.

Lieberman, an immigrant from the former Soviet Union, began his climb up the Israeli political ladder as a Netanyahu aide and has long insisted ultra-Orthodox Jewish seminary students share other Israeli Jews’s burden of compulsory military service.

That has put him at odds with United Torah Judaism in the coalition negotiations, a schism that has played well with Lieberman’s support base of Russian-speakers – some of them non-Jews under Orthodox criteria who came to Israel under a right of return for anyone claiming at least one Jewish grandparent.

“Yisrael Beitenu’s only motive is standing on principle and the commitments we made to the public before, during and after the election,” Lieberman said on Tuesday.

But for long-time Lieberman watchers, it’s a clear power play by a bare-knuckle politician who once worked as a nightclub bouncer and now seeks, according to Deputy Foreign Minister Tzipi Hotovely of Likud, to seize control of the “national camp”.

“According to Lieberman’s calculations, Netanyahu’s time in power is nearing its end. To preserve his own, he knows this is the moment to jump ship,” Anshel Pfeffer, who wrote a biography of Netanyahu, said in Haaretz.

“And he’s doing so carefully, choosing a matter of principle – the military draft law … as the issue on which to break with Netanyahu.”

On Twitter on Monday, U.S. President Donald Trump weighed in on the internal Israeli political dispute, expressing support for an ally he calls by his nickname.

“Hoping things will work out with Israel’s coalition formation and Bibi and I can continue to make the alliance between America and Israel stronger than ever,” Trump tweeted, using Netanyahu’s nickname. “A lot more to do!”

Both leaders have been in lockstep over policy toward the Palestinians, who have accused Trump of being partial toward Israel, and Iran. Netanyahu featured Trump in election billboards placed prominently in Israeli cities. 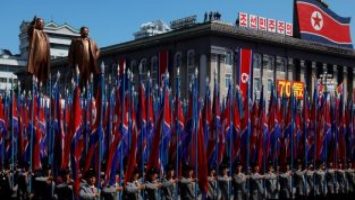