LOS ANGELES (Reuters) – Netflix Inc said on Tuesday it would “rethink” its film and television production investment in Georgia if a new law severely restricting abortion in the state is implemented, but will continue to work there for now.

The streaming service, which films TV shows like crime drama “Ozark” and supernatural thriller “Stranger Things” in the U.S. state, said it would work with groups fighting the Georgia law through the U.S. courts.

It was the first major Hollywood producer to publicly comment on calls by some for an industry boycott of Georgia, a hub for film and television production.

“We have many women working on productions in Georgia, whose rights, along with millions of others, will be severely restricted by this law,” Netflix’s chief content officer, Ted Sarandos, said in a statement.

“It’s why we will work with the ACLU (American Civil Liberties Union) and others to fight it in court. Given the legislation has not yet been implemented, we’ll continue to film there – while also supporting partners and artists who choose not to. Should it ever come into effect, we’d rethink our entire investment in Georgia,” Sarandos added.

Georgia’s Republican governor signed into law on May 7 a ban on abortion after a doctor can detect a fetal heartbeat – about six weeks into a pregnancy, before many women know they are pregnant. The law is due to take effect on Jan. 1.

Georgia is one of eight states to pass anti-abortion legislation this year for the purpose of inducing the U.S. Supreme Court to overturn Roe v. Wade, the 1973 landmark case that established a woman’s right to terminate her pregnancy.

Some Hollywood figures have called for a boycott of Georgia while others have said they will donate money to local groups fighting the abortion law. Most Hollywood studios and platforms have not commented on their plans.

According to the Georgia film office website on Monday, 38 movies or TV shows are currently in production in the state. Past productions include TV series “The Walking Dead.”

The makers of an upcoming comedy starring Kristen Wig decided last week not to shoot in Georgia in the light of the abortion law.

Work on “Ozark” season three began in Georgia earlier this month. Star and executive producer Jason Bateman said that if the abortion bill became law he would not work in Georgia “or any other state that is so disgracefully at odds with women’s rights.” 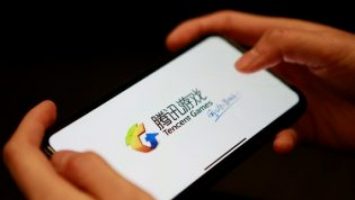