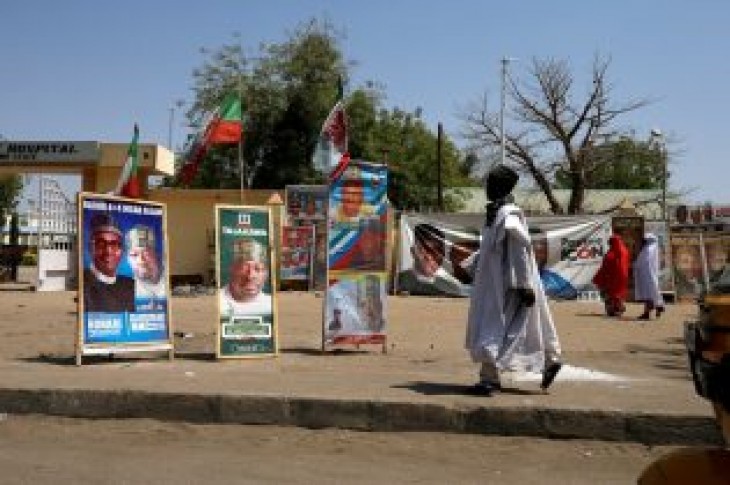 ABUJA (Reuters) – While most Nigerians took the delay in a presidential election in their stride on Sunday, after similar postponements in 2011 and 2015, one presidential candidate and civil society groups expressed concern that the vote could now be compromised.

Authorities postponed Saturday’s election by a week just hours before polls had been due to open. The vote pits President Muhammadu Buhari, in power since 2015, against former vice president Atiku Abubakar.

Kingsley Moghalu – one of the best-known candidates aside from Buhari and Atiku – and civil society groups said there was uncertainty over the extent to which ballot papers and result sheets may have been exposed.

“There is the risk of manipulation,” said Moghalu, a former deputy governor of the central bank, whose campaign has focused on reviving the economy.

“Even if there was a need to postpone the election it could have been done in a much tidier way that would not have exposed the process to these kinds of risks,” he said.

They fear the paperwork that was distributed only to be recalled hours before polling was due to begin could be used to falsify information to enable vote rigging in some areas.

Voters at one church in the capital Abuja appeared largely unfazed on Sunday. The last two presidential elections, in 2011 and 2015, were also delayed over logistics and security issues.

“Are people demoralized? Absolutely, definitely – but we are also a resilient people. Whatever it takes, they’ve shifted it to next week, we are ready to go back to vote,” said banker Doyin Coker at the church.

Mahmood Yakubu, chairman of the electoral commission, said the postponement was due to logistical factors. He denied political pressure had played any part.

Clement Nwankwo, convener of the Situation Room, which represents more than 70 civil society groups, said there had been a few reports from some of the organization’s 9,000 observers of “instances in which the ballots have been exposed”, although he said the scale of the problem was not clear.

“There is concern over whether materials that have traveled are safe from partisan abuse. It would be an issue of how much manipulation this could mean,” said Nwankwo.

He said civil society groups were due to hold a meeting with Yakubu on Monday to address this and other issues over the delay.

In Abuja on Sunday, church pastor Wilson Adebge said he and others would remain patient until the vote is over.

“If they keep postponing and cancelling, we would keep getting ready until the day they vote,” he said. 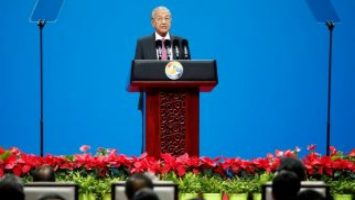 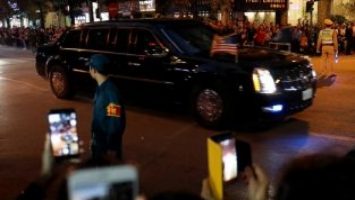