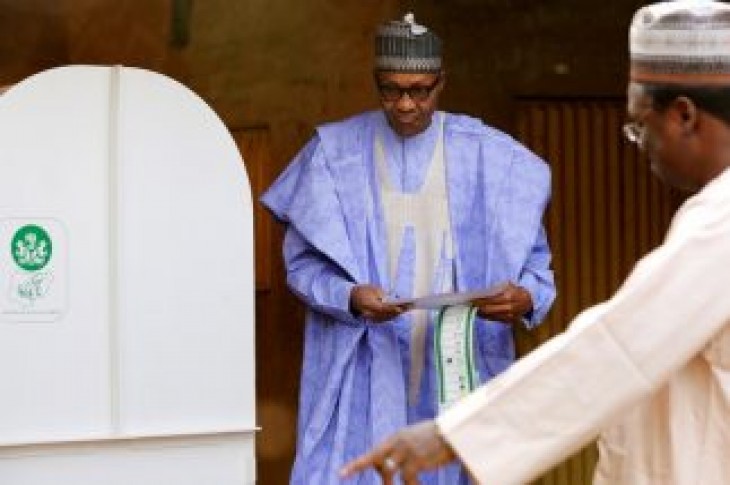 ABUJA (Reuters) – Nigerian President Muhammadu Buhari extended his early election lead on Tuesday based on official results from a third of the country’s districts as the death toll from sporadic election violence rose to 47.

Provisional results announced in state capitals but not yet confirmed by the commission seen by Reuters showed Buhari on course to cementing a commanding lead over his main rival, businessman and former vice president Atiku Abubakar.

Atiku’s party has rejected the tallies thus far as “incorrect and unacceptable”. Buhari’s party said the opposition was trying to discredit the returns from Saturday’s vote.

The outcome is expected later this week. At stake is control of Africa’s top oil producer and biggest economy with a decade-old Islamist insurgency entrenched in the northeast and overlapping into neighboring countries.

The winner is likely to be the man voters trust most to revamp an economy struggling to emerge from a 2016 recession. Analysts had predicted the vote to be Nigeria’s tightest since the end of military rule two decades ago.

A calm reaction to the election result could open a new chapter in the turbulent political history of Nigeria, where nearly six decades of independence have been marred by military coups, endemic corruption and secessionist movements.

But, Situation Room, a monitoring mission comprising over 70 civic groups, said on Tuesday the death toll from election-related violence since Saturday had risen to 47, and more than 260 in all since the start of the campaign in October.

Buhari, 76, is a former military ruler seeking a second term on a platform to reduce corruption. Atiku, 72, has pledged to expand the role of the private sector.

Initial results released by the Independent National Electoral Commission so far put Buhari in the lead, with victories in nine of Nigeria’s 36 states, the INEC said.

It said Atiku had prevailed in four states and the capital, Abuja, which is not a state but treated as a separate electoral district.

Buhari was leading Atiku by 56 percent to 41 percent, according to a Reuters tally based on available INEC figures.

In provisional results announced in state capitals but not yet confirmed by the electoral commission, Buhari had won seven states to Atiku’s three.

Seventy-three million people were eligible to vote in Africa’s biggest democratic election but the INEC has yet to release details of voter turnout. 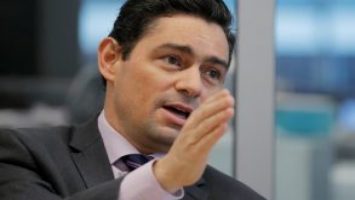 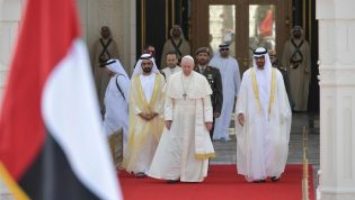