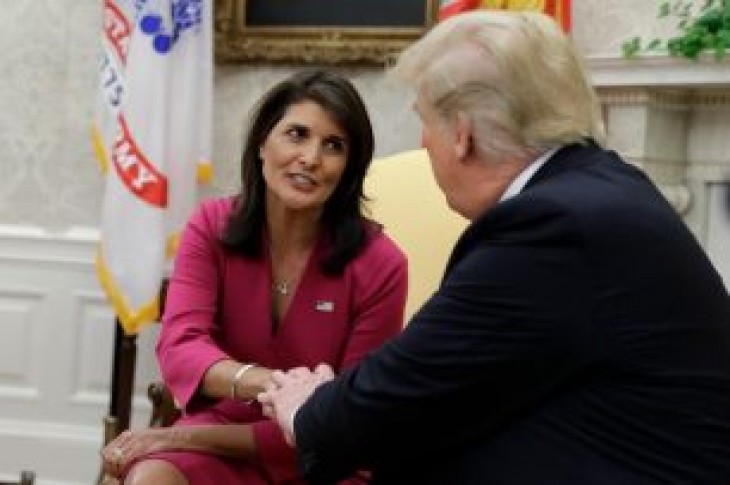 Former U.S. Ambassador to the United Nations Nikki Haley is reentering politics, but this time from behind the scenes

According to recent reports, Haley has started a new group called ‘Stand for America,’ which will push for domestic and international policies.

President Donald Trump talks with then- U.S. Ambassador to the United Nations Nikki Haley in the Oval Office of the White House, Tuesday, Oct. 9, 2018, in Washington. (AP Photo/Evan Vucci)

Haley has been relatively quiet since stepping-down as UN ambassador in October. However, while accepting an award from the Greater Miami Jewish Federation earlier this month, she said she’s not done with politics.

“I can promise you, I’m too young to stop fighting,” she told the crowd. “Because we have press in the back room — no, that does not mean I’m running for president.”

President Trump has since nominated Kelly Knight Craft for UN ambassador after State Department spokesperson Heather Nauert dropped out of the running. Craft served as the U.S. Ambassador to Canada since September of 2017, and now looks to fill the role previously held by Haley. 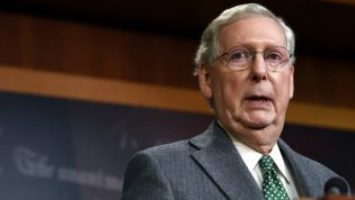 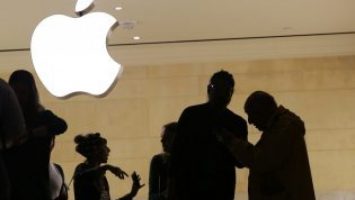