What’s also important is that giants of the technology world also continue to foray into the cryptocurrency space. While Microsoft, IBM, Samsung, and Google have made good progress with their blockchain-related products, Facebook may make the biggest splash yet with its own digital asset.

At last, it seems that the details of Facebook’s cryptocurrency are starting to get ironed out. For those who missed the memo, the social media behemoth has long been rumored to have been developing a blockchain product behind closed doors. Only recently was it revealed that said product was a cryptocurrency. And only just over the past few weeks have the detailed around the project been mostly ironed out.

As NewsBTC reported on Friday, Facebook’s cryptocurrency will be named “Globalcoin”, with its issuance being completed by a subsidiary named “Libra” that is based in the historically crypto-friendly Switzerland. While the product was first slated to be introduced in India, new reports state that the coin will be available through Whatsapp, which sports two billion active users, and will be a payments mechanism and a medium of exchange for the social media ecosystem.

To drum up ideas and development, it has even been reported that Mark Zuckerberg was mandated to sit down with Gemini’s Winklevoss Twins, his peers-turned-rivals at Harvard and other Facebook co-founder claimants, to talk crypto.

And while the launch of Libra/Globalcoin is expected to be in Q1 of 2020 at the earliest, there is growing hype around what Facebook will be able to do with this development.

Speaking to CNBC’s “Squawk Box”, Galaxy Digital’s Mike Novogratz accentuated the importance of Facebook’s massive step into this space. The former Wall Street hotshot, now a well-known cryptocurrency investor, said that “Facebook is wildly important for the ecosystem”, adding that this tacit endorsement of the technology behind Bitcoin is resounding. He even states that contrary to popular belief, Globalcoin will add value to the non-centralized cryptocurrency ecosystem, not subtract.

"Facebook is wildly important for the ecosystem" – @novogratz on #cryptocurrency "Bitcoin is not going to be a payment currency. Bitcoin is going to be a stored value just like gold." pic.twitter.com/NzyPeLxI3T

The Most Important Crypto Firm?

Novogratz isn’t the first to have brought up this thought process. In a newsletter published last year, Anthony “Pomp” Pompliano, a Facebook growth team member-turned-crypto venture capitalist and Bitcoin evangelist, also accentuated the importance of Facebook in blockchain.

Pomp, who has gone to the ends of the Earth to laud cryptocurrencies and the value proposition they pose, claimed that consumers should “never underestimate Mark “Zuck” Zuckerberg. He claimed that Facebook’s blockchain solutions, no matter what form they take, is about “building a globally dominant product that changes the way billions of people live their lives.” He continued:

If the technology company could successfully build the product and drive adoption, they will have a chance to transition from a social network to one of the largest financial services companies in the world. This move would allow them to take a small percentage on each transaction and reduce the dependency on their advertising-based model.

This is powerful, especially considering how much influence Facebook already has. As commentators such as Ari Paul of Blocktower Capital have suggested, a Facebook-backed cryptocurrency could open the Bitcoin door to millions of consumers across the globe, even if the two ecosystems don’t have much overlap.

Pompliano simply says that because of this, Facebook is likely the most important company to the cryptocurrency ecosystem at the moment, despite what many think about institutions and (slightly) bigger names in tech.

While many are sure that the launch of Globalcoin will only validate Bitcoin and its ilk, giving common Joes and Jills the skills and heart to delve into cryptocurrency, some are skeptical of the Facebook-backed asset.

Frank Chaparro of The Block reminds his followers that Zuckerberg hasn’t had much of a regard for the privacy of his users, even when Facebook was a fledgling firm. Others echoed this sentiment, noting that the product is not only going to likely be centralized and will be susceptible to censorship, government oversight, amongst other concerns that don’t pertain to Bitcoin.

For those of you bullish on Facebook’s “GlobalCoin,” never forget who we’re dealing with pic.twitter.com/GL3qp0giAl 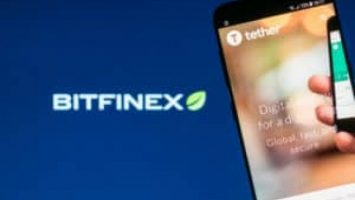