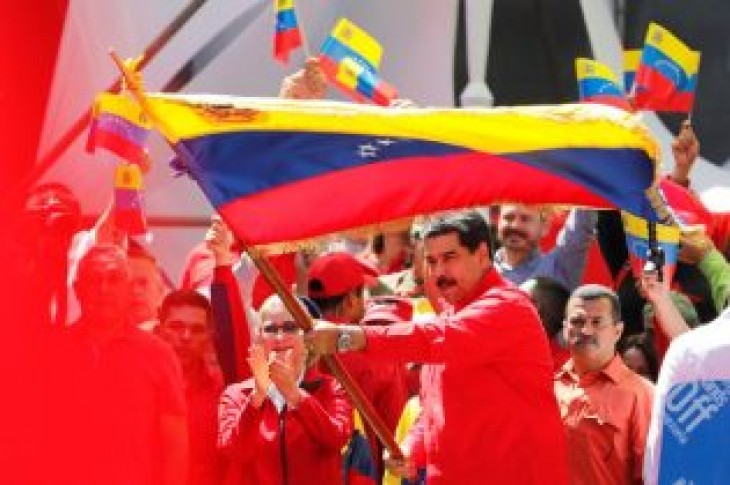 BOGOTA (Reuters) – Latin American countries are expected to announce measures to exert further pressure on Venezuelan President Nicolas Maduro on Monday after he blocked the entry of hundreds of tonnes of humanitarian aid to his economically devastated country over the weekend.

The Lima Group of nations is likely to reiterate its opposition to the use of force at the meeting in Bogota, attendees and diplomatic sources said.

At least three people were killed and almost 300 wounded during protests and clashes on Saturday as U.S.-backed aid convoys attempted to enter Venezuela to deliver food and medicine.

Opposition politician Juan Guaido, recognized by most Western nations as Venezuela’s legitimate leader, has urged the bloc to consider “all options” in ousting Maduro.

Guaido will attend the gathering, as will U.S. Vice President Mike Pence. Unlike the Lima Group, the Trump administration has so far declined to rule out the use of military force.

“We have the responsibility to redouble and intensify our support,” Colombian Foreign Minister Carlos Holmes Trujillo said as the meeting began. “Venezuelans have never advanced so much towards the recovery of their democracy.”

Reports that there is division in the Lima Group over the use of force are false, Peruvian Deputy Foreign Minister Hugo de Zela Martinez said at the opening of the meeting.

Any new measures set to be taken by the United States are expected to be announced by Pence in his presentation to the group after 10:30 a.m. EST (1530 GMT), after he meets with Guaido.

The convoy of trucks with food and medicines was blocked during the weekend by soldiers and armed groups loyal to Maduro, who retains the backing of China and Russia, which have major energy sector investments in Venezuela.

Maduro says the aid efforts are part of a U.S.-orchestrated coup.

Trucks were met with tear gas and rubber bullets. Two went up in flames, which the opposition blamed on security forces and the Venezuelan government on “drugged-up protesters.”

“We must have all options open to achieve liberation of the homeland,” Guaido said after the failed delivery.

The opposition had hoped Venezuelan troops would balk at turning back supplies so desperately needed by a population increasingly suffering malnutrition and diseases.

A senior U.S. official said on Sunday that while Maduro may have succeeded in blocking the aid on Saturday, it came at huge costs.

“He had to kill his own people in order to make sure they didn’t get humanitarian deliveries from willing international partners, and he had to do it on television,” the official said.

Asked by reporters whether the United States would provide military force if requested by Guaido, the official said Pence would listen to his suggestions and take them back to U.S. President Donald Trump.

The group has previously asked the U.S. to impose an oil embargo on Venezuela, a Peruvian diplomatic source said.

The Chilean delegation is expected to push to maintain dialogue with Maduro but also to back commercial sanctions and further blocking of Venezuela’s participation in international groups, Chilean media reported.

Brazil’s vice president has previously insisted that there is no military solution to the crisis. 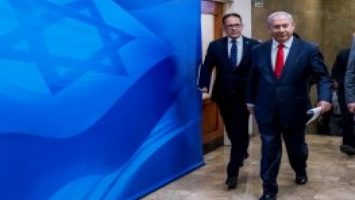 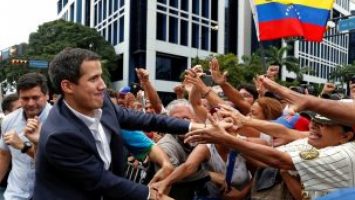